During the sixth grade, my class had the opportunity to write and submit a story to the Young Authors’ contest. While most of my class was writing about fictional characters, I focused on real life experiences. Up to that point I had already lost several people – one being my childhood best friend to a tragic accident.

Chicago Bulls’ star Michael Jordan had just released his autobiography, which inspired me to follow suit. My story was selected to move on in the competition, and during the award ceremony a publisher approached me. She wanted to publish my piece. I looked at my mom, looked back at the publisher and said no. Writing was never about an award, it was about telling a story. 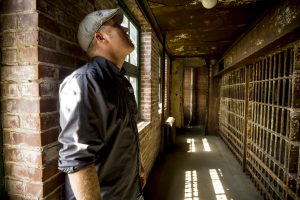 At that moment, I knew what I wanted to do in life – be a storyteller.
My dad was diagnosed with pancreatic cancer in 2009. Up to that point, I had essentially wasted away most of my life, never taking anything – except for writing – seriously. I had dropped in and out of college many times. In one of our last conversations, I looked at him and said I was tired of failing. Losing my dad pushed me to live life to the fullest, and I looked at this as a second chance in life.

I went back to that moment in sixth grade and knew what needed to be done – finish my degree. I ended up graduating with a bachelor’s degree in journalism from EKU. In the two years at EKU, I was the editor-in-chief of the student newspaper, president of the EKU Society of Professional Journalists chapter, and was selected as the 2011 commencement speaker. My goals were bigger than just a bachelor’s degree. Reggie Beehner, my undergrad advisor at the time, is a Medill graduate. Almost weekly, I expressed to Reggie my dream was to attend Northwestern, be a storyteller, and graduate from Medill.

I remember going to dinner with my mom around the same time to fill her in on my future goals. She looked at me and said, “What’s your backup option? And your third option?”

A few months later – after what felt like years – I called my mom. I started the conversation with, “Do you own anything that’s purple and black?” I could tell my mom was initially confused. After a few seconds, she screamed in pure joy. The dots connected – I was a Medill master’s student (A big thank you to Donna Wang Su).

I commuted every day from Northwest Indiana to Evanston or the newsroom on Clark Street. My professor, Susan Chandler, was walking with me to the train station after class one day, and she asked why being at Medill meant so much to me. It was more than an education for me. I have always lived by the moniker that if you believe it, you can achieve it. Dreams are meant to become accomplishments. In this life we can be difference makers. If I learned from the best, I could take that and pass it on to the generations after me. Medill is a difference maker, and that is what I told her. 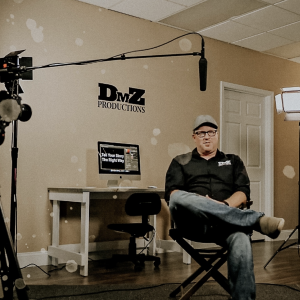 Medill continues to be a difference maker in my life. At its core, Medill thrives because of the faculty and staff that have paved the way since the school’s inception. The passion runs deep, which is something I witnessed from the moment I walked into Fisk Hall. Yes, these professors and editors laid a solid foundation (along with striving to never get a Medill F), but it was always more than that. The intrinsic value to push us, make us better human beings, curious truth seekers, and unique storytellers stands above all.

Most importantly, they cared.

They cared not because they had to, but because they wanted us to go out into the world and strive to be the best at what we do.
Because of Northwestern and Medill, I’ve accomplished more than I could have ever imagined. Four days after graduating, I started teaching video, sports reporting, and journalism at three colleges and universities. I witnessed firsthand professors like Jim Distasio, Joe Mathewson, and so many others invest in us. I wanted to keep the ball rolling and do my best to inspire the next generation of storytellers. Heck, I am just a few months away from graduating with my doctoral degree.

While teaching, I was simultaneously planning something more; something deeper and creative. In 2013, I founded DMZ Productions, a video production company. The inspiration came from Distasio, my first Medill professor. The way he told stories through a camera lens was the push in the direction I craved. Years later, a company that 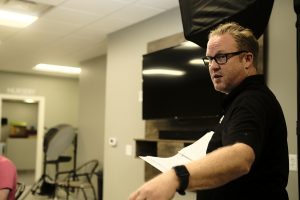 started with one now has a full staff. We’ve created corporate videos for universities and companies across the country, and in 2021, we introduced a new division to the company – DMZ Films. During that expansion, we penned a Christmas full-length feature screenplay, wrote, and started filming a workplace comedy called “The Home,” developed “History Alive,” a historical/paranormal docuseries, and just finished a documentary about The Kentucky Theatre called “The Heartbeat of Downtown.”

Recently, I’ve been in a bit of a creative rut. Maybe a little stuck. I felt as if I needed some sort of sign that things would open up. I looked at social media and saw a memory Jan. 2, 2012. It was my first official day as a Medill student. I looked at my watch and chuckled. It was Jan. 2, 2022, exactly 10 years later to the day. It was the sign I needed. I hopped in my car and made my way to campus for the first time in seven years.

I meticulously made my way up to every floor, remembering very specific events during my time at Medill. I stopped at Mike Greenberg’s Hall of Achievement photo and thought back to the sixth grade. In those few moments I noticed something. I was smiling. I felt that energy starting to flow through my veins. The rush, the excitement, and imagined such a wide-open future in front of me.

I sat on the steps in Fisk Hall, closed my eyes and let it soak in. I no longer felt like the person who worried about failing. I grew up wanting to be a storyteller, and because of Medill, the dream is becoming a reality.

Medill laid the pathway for my future.