Medill IMC Thought Leaders is proud to feature “IMC in a Changing World,” a series on marketing and leadership advice in the midst of the COVID19 epidemic and our new reality. We are grateful to our professors for their generosity in sharing practical advice for these challenging times.⁠ ⁠ We hope you and your family and friends are doing well and staying safe!⁠ ⁠ Follow along with the series on our LinkedIn page linked in the bio above, where you can also send us your questions. ⁠ ⁠ #IMCInAChangingWorld #MedillIMCThoughtLeaders #Medil #MedillIMC #COVID19

Patti Wolter has been named by the Provost as a Charles Deering McCormick Distinguished Professor of Instruction. This honor is awarded annually to a group of faculty members in recognition of their  extraordinary teaching and service to the university. In naming Patti to the 2020 class of CDM Professors, the provost noted not only her exemplary teaching, but also her mentorship of students, alumni and younger faculty, as well as her leadership in matters of curriculum reform and her connections to some of the country’s most prestigious media outlets. Her three-year appointment as a Charles Deering McCormick Professor begins in September.  A ceremony installing all of the CDM honorees will be held in the fall.

Medill senior lecturer Alex Kotlowitz’s  “An American Summer: Love and Death in Chicago” a trenchant examination of the social and emotional toll that gun violence exacts on both victims and perpetrators, has won the J. Anthony Lukas Book Prize, bestowed by Columbia University and the Nieman Foundation for Journalism at Harvard. Established in 1998, the Lukas Prize recognizes excellence in nonfiction that “exemplifies the literary grace and commitment to serious research and social concern” that characterized the work of the award’s namesake, J. Anthony Lukas, a Pulitzer Prize-winning author and investigative journalist who died in 1997.

The Northwestern News Network (NNN) took first place in Best Newscast category of the Region 5 SPJ student contest and will now move on to the national SPJ competition. Joey took first place General News Reporting category for a story she did as a reporter, not as an intern,  for the NBC affiliate in Bakersfield, California last summer. Region 5 comprises chapters in Illinois, Indiana and Kentucky.

Finding Yingying , which tells the story of Yingying Zhang, a 26-year-old Chinese student who disappeared at University of Illinois in 2017, won the Special Jury Recognition for Breakthrough Voice Award at the South by Southwest Film Festival (SXSW).  This feature-length documentary by Jiayan “Jenny” Shi (MSJ17) began as an MSJ student short in a graduate documentary class that went on to win a College Emmy and be nominated for a Student Academy Award.

Congratulations to Medill alumnus Brian M. Rosenthal (BSJ11) of The New York Times on receiving the 2020 Pulitzer Prize in Investigative 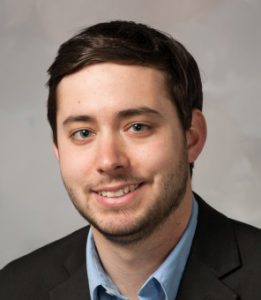 Reporting for his work on the New York City taxi industry. His reporting found that drivers had been the victim of predatory lending resulting in nearly a thousand bankruptcies and several suicides. His series has led to the proposal of a $500 million bailout for drivers.

Rosenthal has been an investigative reporter on the Metro desk of The New York Times since May 2017. He covered state government for The Houston Chronicle between 2014 and 2016 and for The Seattle Times between 2011 and 2013. While in Houston, he was on the team that was a finalist for the Pulitzer Prize in Public Service for a series that exposed that Texas was systematically denying special education services to tens of thousands of children with disabilities. While in Seattle, he was part of a reporting team that won the Pulitzer Prize in Breaking News for coverage of a mudslide that killed 43 people. He also has won a George A. Polk Award and the Selden Ring Award for Investigative Reporting.

In addition to Rosenthal, Evan Hill (BSJ07), a member of the New 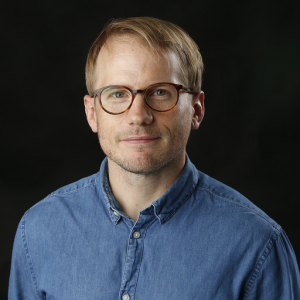 York Times Visual Investigations team, was lead reporter on a New York Times investigation into the Russian bombing of Syrian civilians that won a 2020 Pulitzer Prize for international reporting, as well as a George Polk Award for international reporting on February 19. The Pulitzer jury recognized the Visual Investigations team for two stories that proved, for the first time, that the Russian Air Force was responsible for a series of attacks on hospitals and other civilian sites in opposition-held Syria.

Andy Wolfson, (MSJ78), a reporter in Louisville at The Courier Journal, was a member of a team that won a 2020 Pulitzer for breaking news reporting for a story about hundreds of pardons issued by a lame duck governor, including for murderers, rapists and campaign supporters.

Also honored May 4 as part of a Pulitzer-winning team was Lori Montgomery (BSJ84), now deputy national editor at The Washington 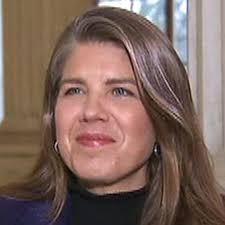 Post. The Post’s staff won the Pulitzer for Explanatory Reporting for a series that showed the effects of extreme temperatures to the planet (found here: https://www.washingtonpost.com/graphics/2019/national/climate-environment/climate-change-america/).

Evan Hill, a member of the New York Times Visual Investigations team, was lead reporter on an investigation into the Russian bombing of Syrian civilians that won a Pulitzer Prize for international reporting on May 4 and a George Polk Award for international reporting on February 19. The Pulitzer jury recognized the Visual Investigations team for two stories that proved, for the first time, that the Russian Air Force was responsible for a series of attacks on hospitals and other civilian sites in opposition-held Syria. The investigation has been cited during a United Nations Security Council meeting on Syria and during a congressional hearing on protecting civilians during armed conflict. Hill and his team relied on traditional reporting, contacting dozens of sources, and new open source techniques, such as geolocation and metadata, to carry out their investigation.