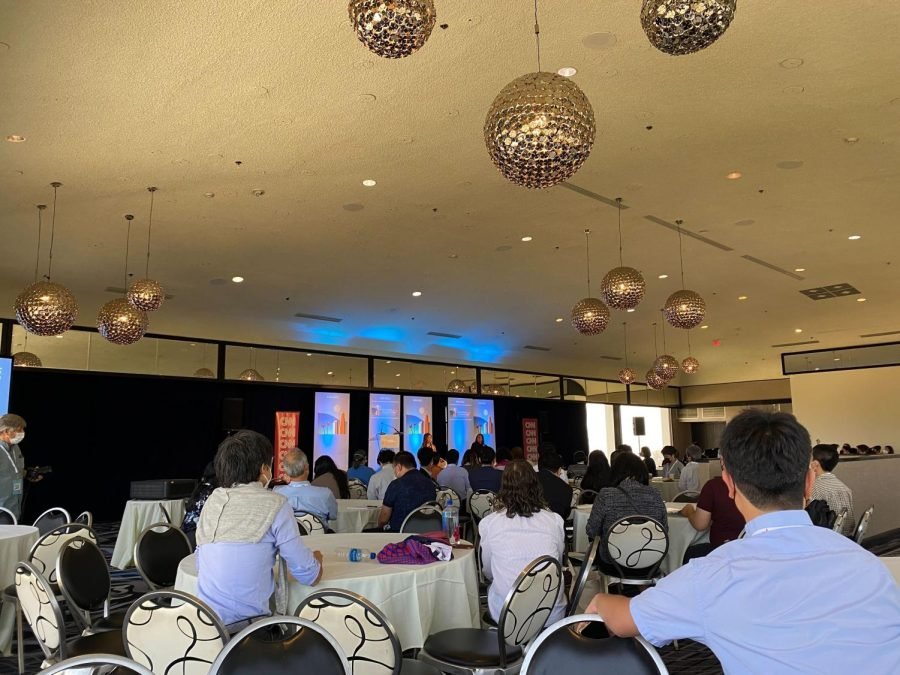 When Medill freshman Angela Zhang finished her first year of college, she had all the journalism fundamentals under her belt. Without professional experience, though, she said she didn’t know what pathways to explore.

Spending the summer in Los Angeles provided the convenient opportunity to attend the Asian American Journalists Association’s first in-person national convention in three years from July 27-30, which centered around the theme “Owning Our Narratives.”

“After my first year in Medill, I was in somewhat of a black hole,” Zhang said. “I wrote this down for myself: ‘My goal here isn’t necessarily to force any interactions, but to let my curiosity take me wherever it does.’”

Zhang was one of several Medill students who attended journalism conventions for various professional affinity groups this summer. The conventions provided journalists of all levels with opportunities like workshops, panels, career development and networking in a variety of journalism specializations.

Zhang said one panel that stood out to her was “The Racism Virus: The Next Stage in the Fight Against AAPI Hate.”

She said she learned that despite the standard of objectivity in journalism, Asian American journalists could still retain their humanity and have an opinion — especially when healing from trauma.

She said she enjoyed networking and attending workshops about broadcast journalism.

“It was cool to see people that I’ve been watching on TV for so long, even people that I kind of know but (haven’t) really had a chance to talk to, or mutuals through social media,” Richardson said. “The camaraderie was really special.”

As she hopes to pursue broadcast journalism in a local market, she said she appreciated the panelists’ honesty about navigating the field as a woman of color.

Being in a space with people who looked like her and spoke honestly about their career paths allowed her to learn about the realities of what she could face later on, she said.

“Being a person of color, you don’t always go into newsrooms and see a ton of people that look like you,” Richardson said. “It was really cool to look around and see that so many people like me want to do the same things and have the same goals.”

Medill sophomore Brendan Le said having a space where journalists of color could feel comfortable is one reason the NU student chapter of AAJA, Asian American Student Journalists, was created.

Since the chapter’s revitalization in Spring Quarter, Le said he and the executive board promoted AAJA’s convention as an opportunity for students to meet other Asian American journalists in the industry.

“The idea came from a lack of space for Asian American journalists to have a discussion about journalism from their perspective,” Le said. “In classes, we often are so limited in what we can talk about, especially in terms of the identity of journalism and how being Asian American plays into our coverage and events that involve us.”

Richardson said after the convention, she spent time reflecting and decompressing on everything she had learned.

Though this year’s convention felt more low-stakes as a rising senior, she said next year might be a different story.

“Hopefully, knocking on wood, I’ll have a job by this time next year,” Richardson said. “(The convention) felt more like a good training ground for what’s to come.”

Zhang said she believes she has a better idea of the journalistic avenues she wants to explore, like the intersection of data visualization and art.

Her biggest takeaway is to pursue what speaks to her heart — something she said she wants to continue to nurture during her time at NU and share as an upcoming peer advisor.

“One thing I realized is that it is possible as an Asian American in this field to venture on and be your own director and own your narrative,” Zhang said. “I want to share this spirit with other students and other people who might share some of the identities I have or might not, and that in itself is part of what I think storytelling really is.”