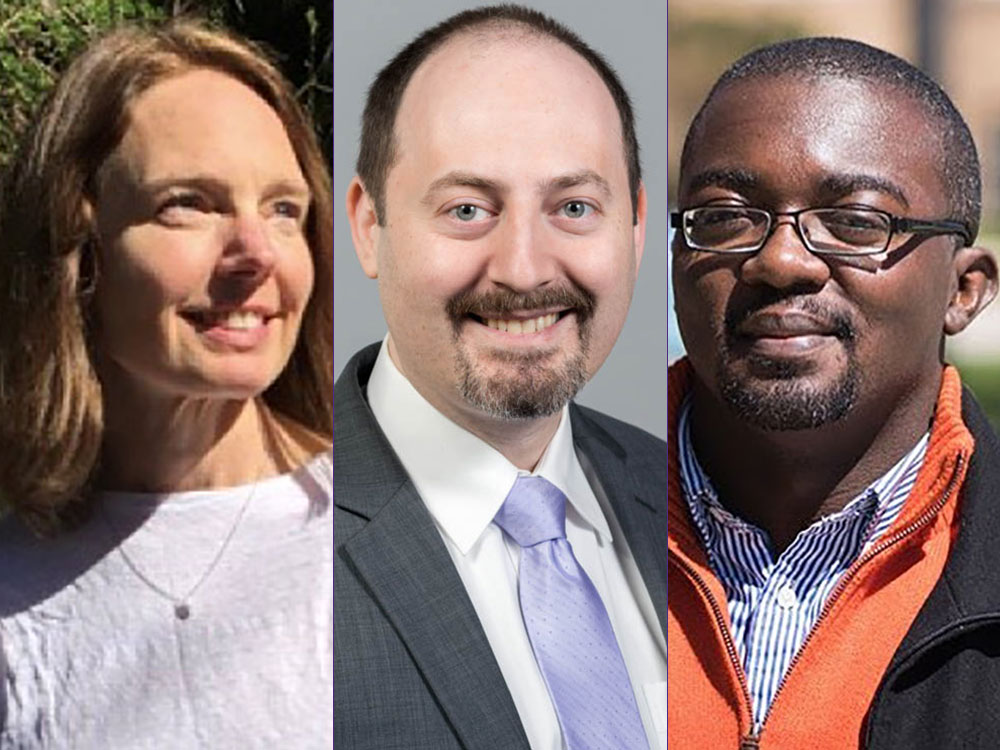 The Medill School of Journalism, Media, Integrated Marketing Communications announced today new leaders for its programs in Washington, D.C., as well as a new faculty member to work with Chicago high school teachers and students.

Elizabeth Shogren will join Medill this spring as an associate professor and will lead the graduate journalism Politics, Policy and Foreign Affairs specialization in Washington, D.C. Shogren was a senior reporter and producer for Reveal from The Center for Investigative Reporting with her primary focus on climate change. Before that, she was an on-air environment correspondent for NPR’s national and science desks. Early in her career, she covered the fall of communism in Eastern Europe, as a freelance reporter, before joining the Los Angeles Times’ Moscow bureau. She also covered the White House, Congress, poverty and the environment as a Washington correspondent for the LA Times and was the Washington Correspondent for High Country News.

Recognition for her work has included a nomination for a Peabody Award for “Silencing Science,” her hour-long Reveal episode about censorship of climate change science at the National Park Service. While at NPR, she was a lead reporter for Poisoned Places, a data-driven series about the toxic air pollution that plagues some communities because of the government’s failure to implement a decades-old federal law. The series received several honors, including a Science in Society award from the National Association of Science Writers.

Ivan Meyers been promoted to senior lecturer and will serve as director of operations at Medill D.C. Meyers helped launch Medill’s new campus in Washington and will support programs for both undergraduate and graduate journalism students.

Michael Spikes will join Medill as a lecturer and curriculum specialist for the Teach for Chicago Journalism Program. This program engages teachers and students in Chicago Public Schools. He also will teach at Medill. Spikes is currently finishing his Ph.D. in Learning Sciences at Northwestern’s School of Education and Social Policy, where his focus is on news media literacy education. Prior to his time at Northwestern, he served as the Director of Illinois Civic News Literacy Educator Training & Digital Resources at the Center for News Literacy, and has also taught Mass Media Studies & Production in Washington D.C. area high schools.

“Medill has a rich tradition of giving our students an unparalleled experience in Washington, gaining significant reporting skills and Elizabeth and Ivan will ensure that mission continues,” said Medill Dean Charles Whitaker. “And we’re delighted Mike will help us engage with our community on one of our newest programs, highlighting the concept of media literacy which is a critical element of a healthy democracy.”