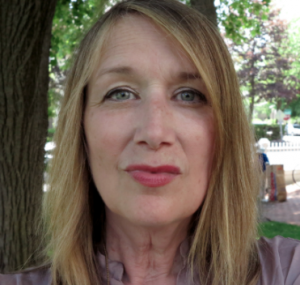 Visit the tribute site created by her friends and colleagues.

Howard, a lover of music and writing who frequently quoted favorite songs and story sentences, worked as assistant foreign editor before becoming editor of Column One, the newspaper’s front-page narrative showcase. She sent out weekly emails in which she riffed on the musical associations of recent stories. A 2015 story about the effect of drought on giant sequoias, for example, reminded her of Jake Bugg’s “Pine Trees.”

“She exuded a love of language and had an incredible ability to help writers tell the stories they wanted to tell,” Times managing editor Scott Kraft said. “Writers loved working with her because she made them so much better. She loved stories and she had an innate sense of how to turn a draft of a story into something that was truly special.”

Howard was one of the editors for Diana Marcum’s series on the human consequences of California’s protracted drought, which won the Pulitzer for feature writing the following year.

For Christmas that year, she bought Marcum a first edition of John Steinbeck’s “The Grapes of Wrath,” one of many books she gave her.

“She did everything with this sense of passion and integrity and whimsy,” Marcum said. “She had such a mix of steely resolve and whimsy.”

At The Times, Howard met her future husband, journalist Geoffrey Kelly, who died unexpectedly of a heart attack in Hong Kong in 2007.

Reporters sought out Howard to help them elevate their work and coach them through complicated stories. When she was honored with a Times editorial award in 2015, the judges noted “she sprinkled her pixie dust on more than 100 Column Ones, displaying talents that had writers throughout the building knocking on her door with ideas or simply seeking her advice about storytelling.”

When she left The Times in 2015, Howard wrote a farewell note to the staff, saying: “For those of you who don’t know why I’m leaving, I bought a farmhouse in a town called Liberty six years ago, and it’s time I finally started a new life, and new adventure, in Maine.”

She chopped her own firewood, took pleasure in renovating the farmhouse, and posted frequent rhapsodies to the area on Instagram, with images of wild lilies, lighthouses and the Oldest Shoe Store in America.

In one post, she ran a photo of her home office with vibrant foliage visible through the windows: “Globe. Books. Typewriter. Cat. Foliage. What else do you need?”

Howard went on to edit Storyboard, the narrative website of the Nieman Foundation, and in early 2018 became the London-based storytelling editor at the Reuters news service. She described her journalism mantra as “Examine closely. Connect with people. Don’t rush.”

Her new home inspired characteristic enthusiasm. “I’m about to bore everyone on Instagram with my new obsession: the signage, shutters and shiny doors of Spitalfields,” she wrote. “I live in this little pocket of early 18th century Georgian homes, and it’s like a movie set. (Apparently it literally is, because period movies like anything Austen are filmed here.)”

Howard was born in Manchester, N.H., and her father’s work as a telecommunications engineer took her from Arkansas to Scotland as a girl. She studied engineering herself briefly at Clemson University in South Carolina.

“She realized after a semester that wasn’t her calling,” said her sister, Alison Howard, a Seattle attorney.

Howard studied literature at the University of North Carolina, Asheville, and journalism at Medill. She worked as a copy editor at the Houston Chronicle and the Abilene Reporter-News before joining The Times in 1992.

Howard was diagnosed with cancer in 2018, with the disease already in an advanced stage. She returned to Maine from London late last year and continued working for Reuters until recent weeks.

“As you can tell from my Instagram, I’m not focused on the illness,” she wrote recently to a friend. “I’m trying to find joy in the smallest things. And it’s everywhere, isn’t it? I’m amazed by the world, and I’m so lucky and grateful for it all.”

Along with her sister, Howard is survived by her mother, Diane, of Phoenix.