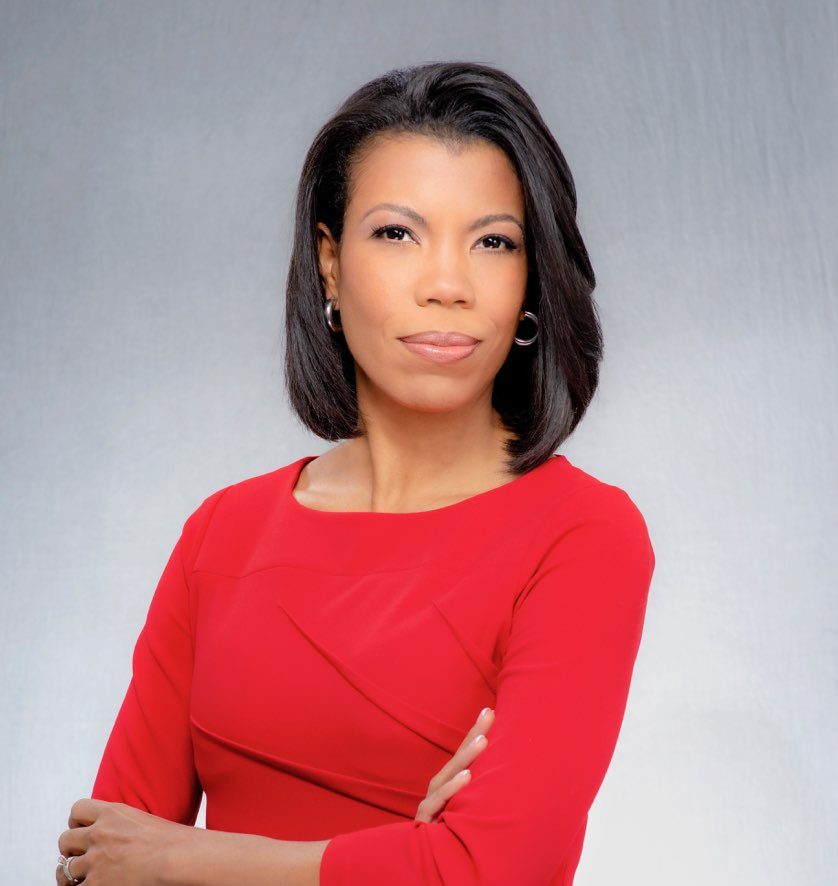 As a congressional correspondent for CBS News, Nikole Killion (BSJ99, MSJ99) spends her days following stories on Capitol Hill and keeping viewers up-to-date with the latest in Washington. But her current role with CBS News, which she started in 2021, isn’t the first time she has covered the nation’s capital.

Killion’s history covering news in Washington dates back to her time as a Medill student, first in summer internship programs with the Institute on Political Journalism and CNN and later through the politics specialization in Medill’s Accelerated Master’s Program. Decades later, she says the skills and experiences central to her time at Northwestern have been pivotal in establishing her career.

“Having those experiences made me very interested in politics,” Killion said. “While I didn’t set out to be a political journalist at the time, those are experiences that help give me that foundation to be able to see things up close for myself in terms of being able to cover the Capitol at such an early stage, to now say I’m a Congressional correspondent for CBS News.”

Killion’s interest in journalism blossomed during high school in Ann Arbor, Mich. through a program at a local community cable station. At first an occasional guest, Killion eventually became a co-host and used her platform to tell the stories of difference makers in her community.

“Once a week, we would get to interview different teens in the area, so I had the chance to interview people, talk to people, and it really piqued my interest,” she said. “I decided, hey, this journalism thing isn’t too bad, maybe I should do a little bit more of it.”

With its Midwest location and strong reputation for journalism, Northwestern became one of Killion’s top choices when it came time to pursue her new interest as a profession.

The fit turned out to be a strong one and essential to launching a career in journalism. Killion refers to professors Ava Greenwell and Charles Whitaker as two mentors that made a difference in her career and highlighted Medill’s emphasis on the fundamentals of journalism as a focus that still pays dividends years later.

Along with her experiences in D.C., Killion fondly remembers her Teaching Television residency, which she spent in Lexington, Ky. with the local CBS affiliate. The residency gave her the opportunity to develop her reel and build on-air skills at a top TV market. Living in Kentucky during a Kentucky Wildcats championship run and the Kentucky Derby was an added bonus, showing Killion the best of the Bluegrass State.

Killion found her way back to a professional newsroom after graduation, though she initially started out helping behind the scenes in news coverage. She covered 9/11 and other major events as an assignment editor and field producer at NBC News, then decided to pursue her on-air aspirations and moved to a station in Hagerstown, Md. in 2002. After stops in local television and as a Hearst regional correspondent, Killion took on a role at CBS News covering Washington, D.C. for its various platforms.

While Killion considers her own path to be traditional, she sees the journalism industry today as full of opportunity for young journalists.

“Every path is different, it’s just a matter of utilizing your skills, honing your skills because it comes back to those foundational things from strong writing to storytelling to accuracy,” she said. “If you can do all those things well and on a platform of choice where you can get that attention and exposure, it provides so many more opportunities than the more traditional paths that I had coming out.”

Washington has rarely been easy terrain to navigate. Killion points to two recent events, the coronavirus and the January 6 attacks, as changing the dynamic of how the broadcast journalism industry operates and how she approaches her own role.

“It makes it an even more challenging environment to cover than in years past, so that is something that I’ve tried to be mindful of in my coverage,” she said. “There’s always that desire and nostalgia to get back to the days of old and truth and bipartisanship, but it feels over to a certain extent in terms of journalism because things have gotten so partisan.”

From her time at the Lexington CBS affiliate to programs in Washington to the groundwork of journalism fundamentals, Killion’s time as a Medill student has a wealth of connections and “full-circle moments” to her current role as an on-air correspondent for a national news outlet.

Even with her prominent platform, Killion’s motivation to report the news remains the same.

“Being able to witness history up close, whether it’s a positive part of our history or a negative part of our history, has been the fire that is in my belly and that drives me to keep doing what we do every day. You always have to be ready and willing to cover that next event because it could turn out to be something monumental.”