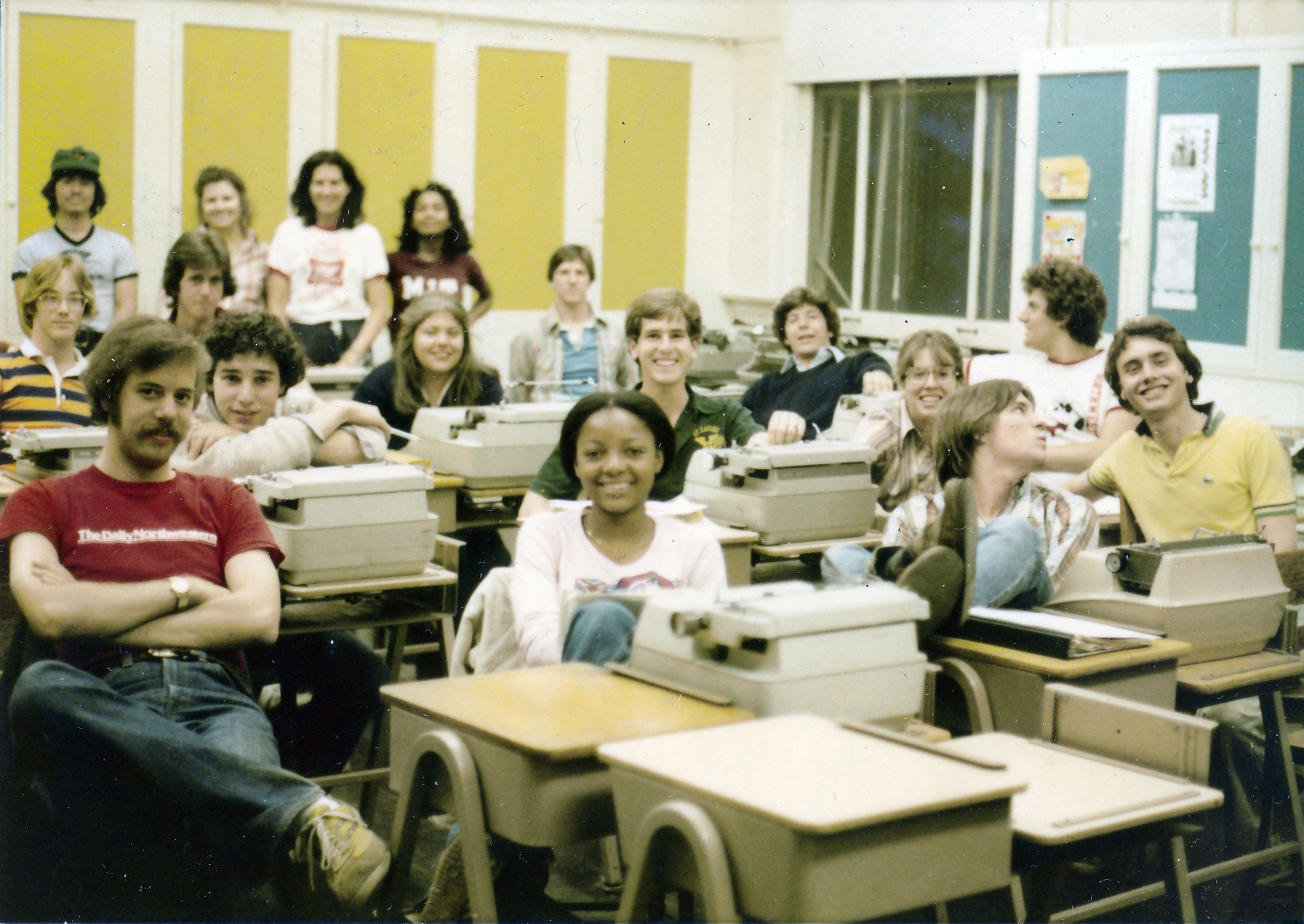 Seven years after earning my MSJ turning an internship recommended by Ray C. Nelson (MSJ55) into full time Crain Communications editorships and becoming president of the Women in Communications Inc. Chicago Professional Chapter, Dr. Elizabeth Swayne Yamashita (MSJ59, Ph.D.69) recruited me to return to campus to teach an undergraduate Basic Writing course. She saw something in me that I hadn’t considered.

I thought I would spend my career writing for invisible readers. I didn’t appreciate the visceral and immediate challenge that attempting to share information with a live (and lively) audience would elicit in me and those Medill students in Spring 1979 at Fisk Hall. Despite encouragement from course supervisor Emily Soloff, teaching initially felt like “trial and terror.”

When I told my father, who taught night school business classes at Wayne State University and University of Detroit that I’d be teaching an evening section, he said. “Oh, you’ll be teaching people in their sleep.” Actually the class was alert, eager and sometimes knew more than I did– apparently having memorized Strunk & White’s “Elements of Style” in high school! They kept me on my toes and most recovered nicely from my evaluations of their narrative, descriptive and expository writing assignments. I surprised myself by discovering I enjoyed the face to face feedback and decided to commit to a full-time career in academia.

So I commuted to Michigan State University, for an interdisciplinary communication program, where future Medill faculty Donald E. Schultz and Martin P. Block were among the first graduates of its new doctoral program in Mass Media. In 1995. Peter Jacobi (BSJ52, MSJ53), one of my Medill professors in the magazine sequence, became my instructor (again) in a week-long Association for Education in Journalism & Mass Communication/Freedom Forum Teaching Workshop at Indiana University.

In 2017 I took a buyout from Columbia after 29 years of teaching 24 different courses but have continued my academic research including chapters in “Political Pioneer of the Press: Ida B. Wells-Barnett and Her Transnational Crusade for Social Justice” (2018), “Curating Culture: How Twentieth Century Magazines Influenced America” (2021), co-edited by Medill Dean Charles Whitaker (BSJ80, MSJ81) and my Columbia colleague Sharon Bloyd Peshkin and the forthcoming “Gandhi, Advocacy Journalism and The Media” (2022).

Years ago at a party someone asked me what I did for a living. I said I was a college teacher and they quipped, “Oh, so you’re an idealist.” I laughed and said “Yes, I am and proud of each student courageous enough to pursue their dream to go into journalism. After all, I learned from the best.”