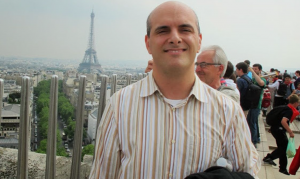 By Jason Gay for the Wall Street Journal

If you read this newspaper, you got to know Tom through his tennis reporting, which was smart and thorough, rich with the sort of detail you don’t notice unless you’re around the sport all the time, which Tom was. Tom was always there, which was how he got to know Roger Federer. It’s how he knew Serena Williams, too. But he also knew the many players who never cracked the top 400, as well as the parents, coaches, trainers, umpires, and all the employees behind the scenes who make the tournaments happen. Tennis has a lot more of those people than it does legends and superheroes, and every one of them was important to Tom.

The man himself? He was aces. Tom was the Journal’s top writer at all the major tennis events, which meant that when the match ended — the moment when Federer raised his arms in triumph, or Rafael Nadal rolled to the red dirt in disbelief — it was Tom’s job to immediately render what happened and hit the send button, within a few minutes. There is pressure in that job. People can freak out. It isn’t uncommon, at a big sporting event, to see a reporter comically lose it on deadline. Tom didn’t lose it. He was unflappable, kind to colleagues and competitors, even when crunching a deadline. You could walk up to him right as a match concluded — he’d be typing away, an editor breathing down his neck, and you could ask him something unrelated, something totally unnecessary, like who won the Australian Open in 2009, and what time was the next LIRR back to Penn Station, and Tom would pause for a second, and say: I think that year was Rafa and Serena. And I’m pretty sure there’s a train at 9:33. Then click! He’d hit send on his own piece, which was always magic, a standard we aspired to.

Here’s a little secret about what it’s like to cover one of those major tennis tournaments: It’s just as great as it sounds. It isn’t like the job doesn’t have its hassles, or bad days, but most of the time, it feels like you’re getting away with something. Tom had the fortune to come up at a time when tennis had ascended to an epic moment, surrounded by icons like Venus and Serena, Roger and Rafa, Andy and Novak. He had a front-row seat to a generation of players who will be talked about 100 years from now. Sometimes, I would catch Tom’s eye during one of those crazy matches, when the players were cramping, going back and forth like  prizefighters, and the stadium felt like it was about to lift off from all the crowd energy, and he’d give me this look that said: I can’t believe we get to do this. How lucky are we?

He got sick, diagnosed with a brain tumor at age 40, and he fought and fought, rallying that first season to make it to the U.S. Open, and then do nearly a full calendar of majors. The job got harder, which frustrated him, but what anchored him was his family: his wife, Rachel, and his two sons, Paul and Sean. They were everything to him. Over the past year, Tom often told me he was grateful for how the world had slowed down a bit, because it meant he could be at home with his family, a feeling he described in his final piece for the Journal. He was so young, and he’d been dealt a terribly unfair hand — it angered him; he confided that, too — but there were still moments he felt like a lucky guy. 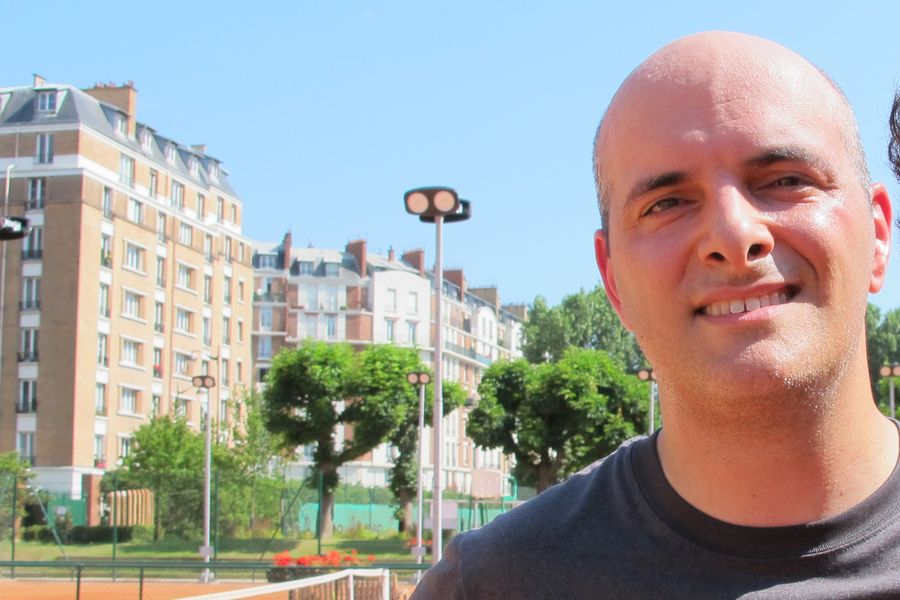 This is how I want to remember him: This was a few years ago, in Paris, amid the French Open — he’d been through a wave of treatments, and he was feeling better, more himself, and leaving Roland Garros in the early evening, he was excited, because Rachel had flown into town. Tom picked out this place for all of us to go to dinner, not far from the Champs-Élysées, and we waited outside for a table for what seemed like hours, but we didn’t care, because it was one of those June twilights when the sun wasn’t in any kind of hurry, and more important: Rachel was here! Tom was so happy. Who could complain? A retired tennis pro walked by on the sidewalk, and Tom walked over and said a quick hello. It felt like Tom’s town, even if it wasn’t.

We sat down to dinner, late, and the meal went on and on, with dessert, and maybe a little more dessert, because why not? No one says this sort of thing in the moment, but in the back of your mind, you’re thinking: How many nights like this are we going to get?

When we finally paid the check and stepped outside, it was dark, and it was now raining, in the dreamy way you hope it rains in Paris. I asked Tom if he thought they were going to be able to play tennis tomorrow, and he said, who knows, he’d be there. He was always there. He smiled, and then he and Rachel walked off into the rain.