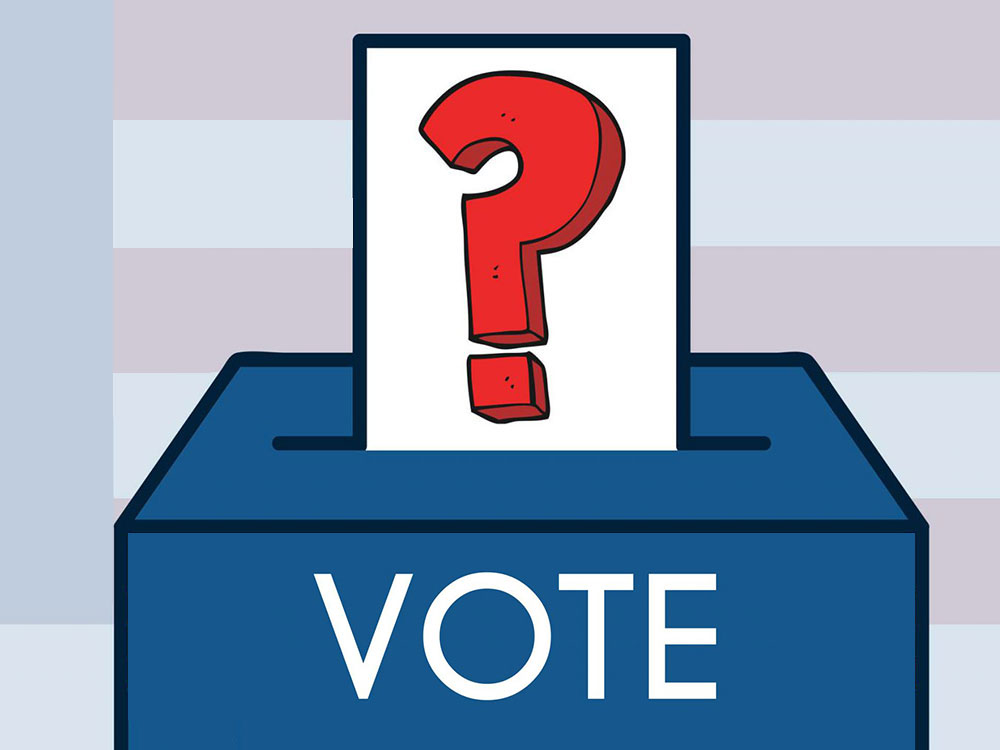 Medill and National Public Radio have partnered to release a national survey of nonvoters Tuesday (Dec. 15) that, despite record high turnout for the November presidential election, found that most nonvoters did not cite impediments to going to the polls but instead chose not to vote due to widespread feelings of political alienation and apathy.

As the percentage of nonvoters narrowed to the smallest proportion in 120 years, the 80 million Americans who didn’t vote in 2020 had deep-seated reasons for not casting ballots.

The survey of 1,103 nonvoters and 740 voters conducted by Ipsos from Nov. 4 to Nov. 13 found that those who didn’t vote in the 2020 election are set in their belief that voting just doesn’t matter. Four out of five people polled last month said they made the choice not to vote. Only 18% said something prevented them from casting a ballot in 2020.

The majority of nonvoters — 70% — were not registered to vote in 2020, but only 29% of this year’s nonvoters surveyed said that not being registered was their main reason for skipping the election. The others cited reasons for abstaining such as a lack of interest in the election, the feeling that their vote wouldn’t make a difference or a general dislike for the candidates instead of any problems with the voting process itself.

“The 2020 nonvoters appear hardened in their beliefs and less likely than in past nonvoter surveys we’ve conducted to be lured to the voting booth in the future,” said William F. Thomas Professor of Journalism Ellen Shearer, who also is bureau chief for Medill’s Washington Program. Graduate students in the Washington Program, under the direction of Shearer and Assistant Professor Matthew Orr, worked with NPR and Ipsos to develop the survey questionnaire.

The Medill students used the survey results to delve deeper into the nonvoting phenomenon by interviewing some of the nonvoters surveyed, as well as experts and activists to give voice to people often ignored by campaigns and candidates. Their stories can be found at www.nonvoters2020.com. The NPR story also featured Medill stories within.

“It’s really remarkable that despite record turnout, 80 million people still didn’t vote, and they are disaffected and disengaged,” said Domenico Montanaro, senior political editor and correspondent for NPR. “There is a clear disconnect between what happens in Washington and what happens in these Americans’ lives. They don’t see how politics makes a difference.”

Nonvoters in 2020 were twice as likely as voters to believe that it makes no difference who is elected president, and about three times as likely to think that “I’m only one person, so my vote doesn’t make a difference.”

Over half of nonvoters said they believed that who was elected president made no difference — more than double the number of voters who said the same. This is a much larger opinion gap than the one that existed between voters and nonvoters in 2012, hinting at a deeper level of apathy among 2020’s nonvoters.

The survey showed that nonvoters tend to associate with other nonvoters, while voters socialize with other voters. Less than one-third of nonvoters said that most of their friends or family voted in the 2020 election compared with over 80% of voters.

In addition to their stories, the Medill students also designed the website and created a podcast, videos and graphics.

“We felt it was important to have conversations with some nonvoters and learn more about why they didn’t vote,” said Orr. “In doing so, the students have put together a compelling package of multimedia stories.”