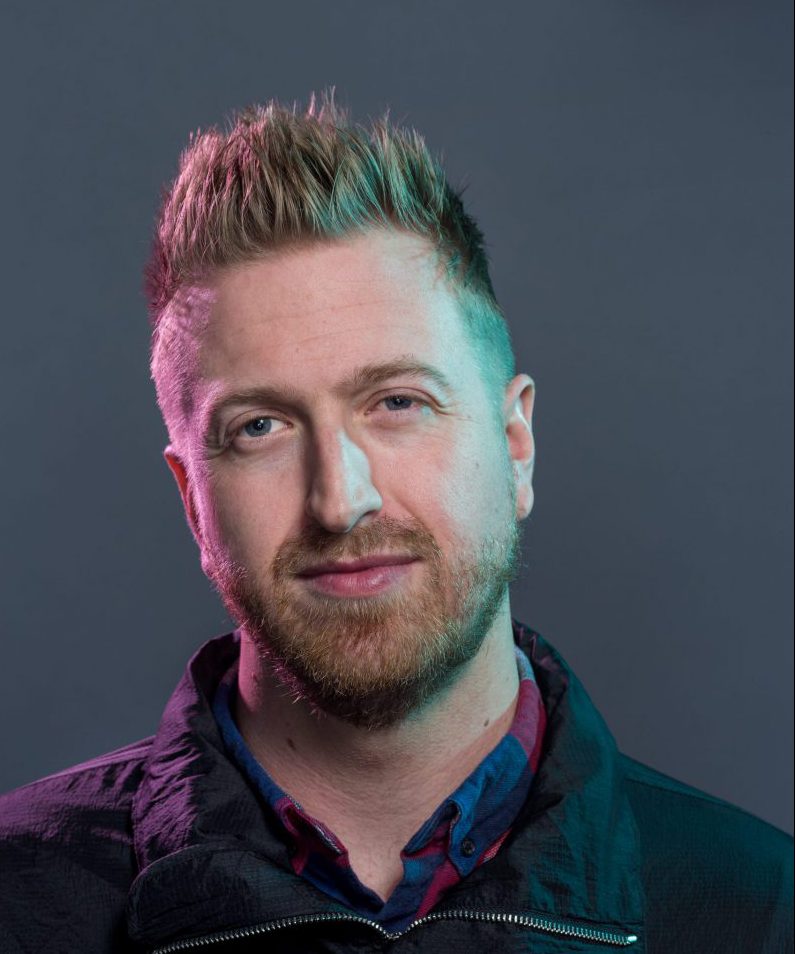 Casey Newton (BSJ02) is a leading voice in tech journalism and a finalist for the 2020 Ellie Award for Reporting. He’s best known for writing daily newsletter The Interface for The Verge since 2017. Now he’s stepping out on his own, releasing a new newsletter, Platformer, on Substack. I talked with him about his Medill experience, how he fell in love with tech journalism and what the future holds for his career.

How did your education and your experience at Northwestern help prepare you for your career?

There were sort of two phases of me getting into journalism at college. I’d been the editor of my high school paper, and then liked it enough that when I asked my guidance counselor where I should go to college, she said, “Well, if you want to be a journalist, you should go to Medill.” And that was basically it for me. So I visited the school, I loved it, applied, got in and showed up to campus.

All my friends who worked at The Daily Northwestern talked about it as this all-consuming cult. And I thought, “Well, I don’t know if I’m ready to join a cult, I kind of want to enjoy college a little.” So I didn’t start working at The Daily until I was a sophomore, but I completely fell in love with it. I mean, the people who were working there at the time were just the best, most patient teachers. And I really feel like most of the journalism education that I got that I still use to this day, I learned from the other editors at The Daily who would sit down next to me when I, you know, wrote my terrible story about some event, and would just go through it line by line and fix it and teach me that way. So I had a great experience at Medill and Northwestern generally, but it was really The Daily that was at the center of it for me.

My first job was covering state and local politics, and I kind of bounced around. I worked for a couple of newspapers. I was hopping from beat to beat. I worked in Arizona for like six and a half years. And then a couple of my friends moved to San Francisco and I visited, and it was just a love at first sight thing where I felt like, “Oh, this is where I should have been the whole time. This is the greatest city in the world.” And so my initial interest had actually just been moving to San Francisco. I spent about two years looking for a job here.

While I was here, I stopped in and saw some old friends who were working at the San Francisco Chronicle, two of whom had been my former editors in Arizona. Two months after that, one of the editors at the Chronicle called me and said, “Hey, have you ever thought about being a tech reporter?” And I was like, “No, but what would that be?” And he said, “Well, you know, you just move here and write all about Apple and Google and Facebook and whatever seems interesting.” I was like, “That sounds like the greatest job in the world. Like, can I do that?” So they hired me to do it, and it really was the best thing that ever happened to me.

Wow, it’s really amazing how that just fell into your lap almost, and then changed the trajectory of your whole career.

It’s honestly terrifying! I’m more impressed with people who are very intentional about their careers. But this was definitely a happy accident.

So you started at The Verge in 2013, and while there you started a daily tech newsletter, The Interface. Now you’re leaving The Verge to produce your own newsletter with Substack — what influenced your decision to make that move?

I loved doing the newsletter. I wanted to figure out if there was a way where I could do it forever, and it seemed like the best way to do that was to just totally control my own destiny. I felt like the thing I was doing was valuable. People would email me sometimes saying, “I can’t believe this is free. I wish I could pay for this.” And at some point, I thought, “Maybe I should let them.”

And how is Platformer different from The Interface? How is it the same?

Right now, it looks almost identical to The Interface in content. Each day, I’m still bringing you a column about today’s biggest news and platforms, and I’m bringing you the best links about that subject from the best journalists in the world. And I think that format is going to endure for a while.

Where I hope that I can start to separate it from The Interface is that there’s just going to be more original reporting in it. In the past, if I had a scoop, I would just put that on The Verge and then the newsletter would be a separate thing. Now, the newsletter itself could be the scoop.

The hope is that over time Platformer starts to grow in people’s imaginations as, hopefully, the smartest site on the internet about platforms in particular and, you know, maybe a few other things along the way.

Do you have anything to say to your fellow Medill alumni?

I just have so much admiration for people who have stayed in journalism. Journalism is a really hard business to stay in. It tends to attract the most idealistic people that I’ve ever met. And unfortunately, once folks leave college, you’re just met with the cold realities of it being an extremely difficult business where the business models are very shaky, and where your fate is often controlled by a private equity firm, or, you know, someone with no editorial values. And it sucks! And so people leave. And so as a result, we don’t have nearly enough watchdogs for our democracy. And so the cool thing about having gone to a journalism school where there are so many great alumni and so many great students there now is just being part of a community of people who believe in that as an ideal and something worth fighting for.

This interview has been edited for length and clarity.