Medill inducts Six Women into its 2020 Hall of Achievement Class 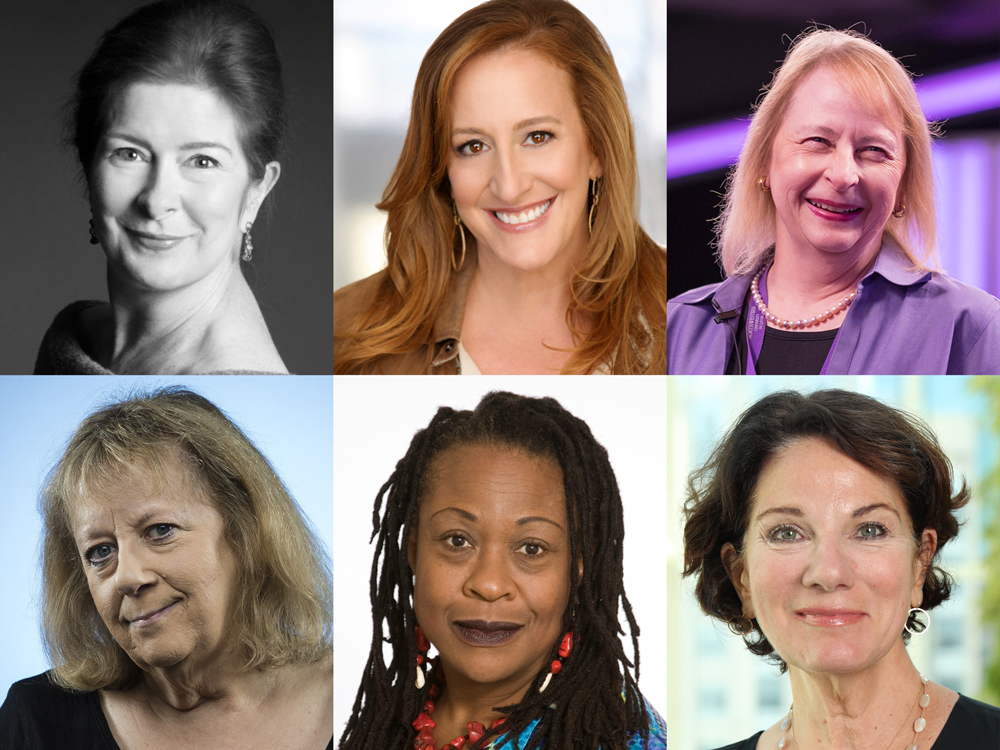 Northwestern University Medill School of Journalism, Media, Integrated Marketing Communications welcomes six inductees into its Hall of Achievement this year. The all-female class celebrates 150 years of co-education at Northwestern. Medill’s Hall of Achievement was established in 1997 to honor Medill alumni whose distinctive careers have had positive effects on their fields.

“Northwestern’s 150 Years of Women is a celebration of catalysts — individuals who take risks, chart their own course and inspire change,” said Medill Dean Charles Whitaker. “Each of this year’s inductees is a pioneer and innovator in her field. We are honored to call them alumnae and induct them into this year’s class.”

Jeanie Caggiano is an executive vice president and executive creative director at Leo Burnett Chicago. Currently, she is the lead for UnitedHealthcare, UnitedHealth Group and Feeding America, among other clients. In addition to UnitedHealth, she is best known for her two Allstate campaigns: “Mayhem” and the “Our Stand” campaign featuring Dennis Haysbert. She has contributed writing to Disney, McDonald’s, Hallmark Cards, Kellogg’s, Kraft, Procter & Gamble and Morgan Stanley. In February 2019, the women’s media group She Runs It (formerly Advertising Women of New York) named Caggiano a “Trailblazing Mother” at the Working Mothers of the Year awards.

A member of the 2016 Cannes Lions Outdoor Jury, Caggiano also has judged film and direction at the One Show, chaired the OBIE Awards jury, judged London International (mainline and Health & Wellness), the Facebook Awards and more.

Cindy Chupack has won two Emmys and three Golden Globes as a TV writer/producer whose credits include “Sex and the City,” “Better Things,” “Divorce,” Modern Family,” “Everybody Loves Raymond” and most recently, Showtime’s darkly comic hour, “I’m Dying Up Here.” In 2018, she directed her first episode of television for “I’m Dying Up Here” and her first feature, OTHERHOOD, starring Angela Bassett, Patricia Arquette and Felicity Huffman.

Chupack has written about dating and relationships for many magazines, has been published in The New York Times’ Modern Love column and is the author of two comic memoirs: “The Between Boyfriends Book: A Collection of Cautiously Hopeful Essays” and “The Longest Date: Life as a Wife”.

Chupack grew up in Tulsa, Oklahoma. Right after graduating from Medill, she moved to New York City to work in advertising. She sold her first humorous essay to a women’s magazine in 1990, and the piece was spotted by a TV producer who encouraged her to pursue comedy writing, which she’s been doing ever since.

Mary Dedinsky is the director of the journalism program and associate professor in residence at Northwestern University in Qatar (NU-Q). A long-time editor and reporter, Dedinsky was the first woman to be named managing editor of the Chicago Sun-Times. At the Sun-Times, she was also an education reporter, investigative reporter, editorial writer, metropolitan editor and director of editorial operations. For her work at the Sun-Times, she was elected to the Chicago Journalism Hall of Fame. She has twice served as a Pulitzer Prize juror.

After the Sun-Times, Dedinsky became associate dean and associate professor of journalism at Medill where she taught media management to graduate students and news writing to undergraduates for 10 years. She also directed the Teaching Media Program, now called Journalism Residency, in which undergraduate students work for a quarter at media outlet or communications company. She has consulted for the Associated Press and numerous newspaper companies, among other things facilitating a major reorganization of a client’s editorial staff.

Helene Elliott was the first female journalist to be honored by the Hall of Fame of a major professional North American sport when she was given the Elmer Ferguson award by the Hockey Hall of Fame in 2005.

She began her career at the Chicago Sun-Times and later went to Newsday before joining the Los Angeles Times, where she has worked since 1989. She has covered 16 Olympics, as well as countless Stanley Cup Finals, in addition to covering the World Series, men’s and women’s World Cup soccer tournaments, the NBA Finals, the Super Bowl and other events.

Elliott also won the Best Breaking News Story award from the Associated Press Sports Editors for her story on the labor agreement that ended the National Hockey League lockout in 2005. She became a general sports columnist in 2006.

Maudlyne Ihejirika is an award-winning Chicago Sun-Times urban affairs columnist/reporter with 30 years of experience in journalism, public relations and government. Recently named among the Power 25, an annual ranking of the 25 most powerful women in Chicago journalism, she earned a B.A. in journalism from the University of Iowa before attending Medill. She currently writes the Sun-Times “Chicago Chronicles,” long-form columns on “people and places that make Chicago tick.” She is the author of “Escape From Nigeria: A Memoir of Faith, Love and War,” a tale of her family’s survival of the brutal Nigerian-Biafran War, and miracles that brought them to the U.S.

Lurie Children’s represents a capstone on a 25 plus year career in advertising. As President and CEO of Y&R Chicago, McIlwain was responsible for the strategy and operations of a full-service digital and traditional agency. Under McIlwain’ s leadership, Y&R grew exponentially, reinvented its digital offering, created a digital content studio, revamped its creative product and was named top 10 “Creative Heavyweights” by Creativity magazine.

Medill will honor the Hall of Achievement class of 2020 in the spring of 2021 in Evanston.