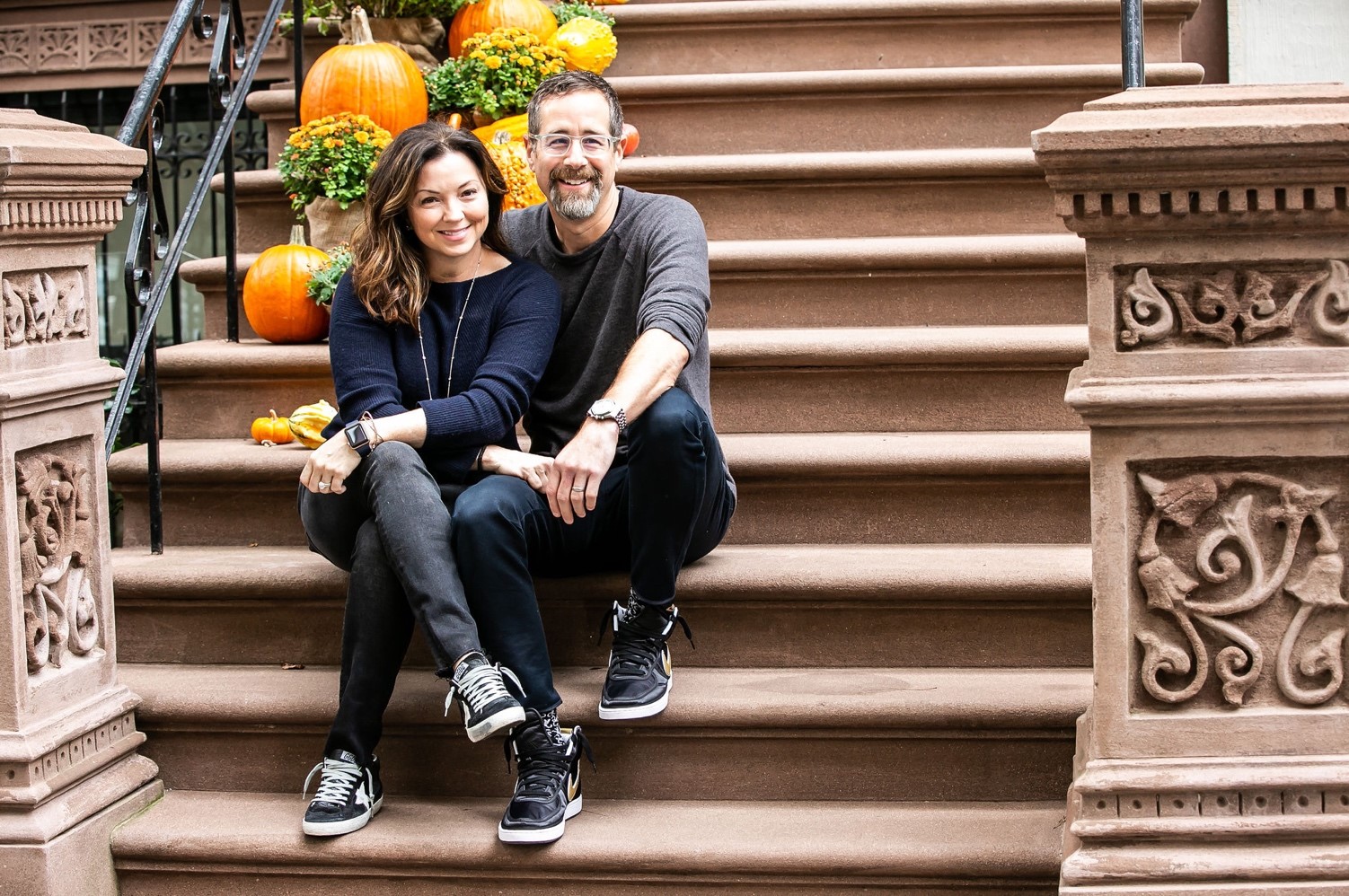 Michael Lazerow (BSJ96, MSJ96) and his wife Kass recently made the decision to gift a scholarship to support Medill graduate journalism students. Lazerow, a serial entrepreneur, has co-founded several successful media and software companies. The most recent, founded with Kass, sold to Salesforce for $800 million. Kass and Mike are now two of the most prolific technology investors in New York City – a departure from Mike’s time as a Medill student studying political reporting in D.C.

We spoke with Mike about his time at Northwestern, how he went from Medill student and Daily Northwestern writer to entrepreneur, and he and Kass’s decision to create a scholarship to help Medill graduate students.

Thompson: Early in your career, you moved away from traditional journalism and into entrepreneurship. Did you always know that’s what you wanted to do with your career?

Lazerow: If you would have asked me at Northwestern what I would do and what I was interested in, I would have said I would be a political reporter based in D.C. I worked at Roll Call, the newspaper of Capitol Hill, and finished my Medill career in the D.C. program with Professor Ellen Shearer. My class had a bunch of people who would later become political journalists. I thought I wanted to do that, and it was the closest thing I had to a dream until the commercial internet came along.

Thompson: So far, you’ve co-funded over 50 different investments and founded several companies in your career. What do you think makes you a particularly good investor?

Lazerow: I started my first company back at Northwestern, and since then, I’ve been through a lot – financings and acquisitions, hirings and firings. I know what it’s like to run out of money. I know what it’s like to bring on a first client and to lose that client. That is what I think is kind of different – I started investing very grassroots, and I don’t consider myself an investor so much as an entrepreneur.

I do everything with my wife, Kass, who I met while attending a wedding soon after my time at Northwestern. We’ve also always been fascinated with “new” and innovation and what’s around the corner. Most of our time is spent with companies that are trying to take very large industries (invest where the money is) and leading some sort of transformation. I’m interested in everything that requires a beginners mind.

Thompson: How have your journalism degrees impacted your investment decisions? Have you used any of the skills you learned at Medill in your current career?

Lazerow: What Medill taught me more than anything is don’t bury the lede, say what you mean and mean what you say, and less is more. I grew up in Medill writing for the newspaper format where I only had a certain number of words – this scarcity of space. Clear writing is an extension of clear thinking. Whether it’s through emails, or blogs, or posts that I’ve written since leaving Medill, I continue to write almost every day.

Thompson: There are many ways to give back. When you decided to give back to Medill, what inspired you to choose to fund a Medill scholarship?  I hear your wife Kass was instrumental in this decision, too.

Lazerow: When my wife Kass and I decided we wanted to do something to pay it forward, we put our investor hats on and wanted to know how we could make the most impact. We got to understand why the need for graduate scholarships specifically was so important. In order to attract a diverse student body, and people from all different walks of life, there has to be financial assistance. Graduate school is expensive and there are limited options for financial aid and grants. Giving to Medill in this way really fit within really all of the giving that we’ve done to date (like Cycle for Survival) – it has significant impact and all of the money given actually goes to fulfill the promise of why it was donated.

Thompson: I want to take a minute to revisit your time attending Northwestern as a student.  What memories stand out most?

Lazerow: One of the thing I loved most about Medill was that I was at Northwestern. I was attending a Big 10 school with arts, sports, Greek life – access to an entire world from this one global university. 75 percent of my classes were outside of Medill, which meant I was forced to go out and take courses in disciplines like economics, philosophy and literature.

At the same time, I happened to be in this world-class journalism program. I wrote for The Daily Northwestern and, while I wrote a bunch of stories, I really dove into my first company, University Wire, which was a news service for college papers, one of the first information services using the internet exclusively with no print version.

Additionally, what I got out of Medill was not just a journalism degree, but long-standing relationships. To this day, I continue to be very close with NU and Medill people. The most important driver of my ability to start that first business while at Northwestern was my adviser, Mary Dedinsky. She was phenomenal and incredibly supportive. She also gave me one of my first Medill F’s that I still have a copy of today.

Thompson: Lastly, what advice do you have for people graduating with a journalism degree today?

Lazerow: If you’re considering going into journalism, know that prestige and masthead no longer matter. Find where you can do the best work, no matter where it is. I’ve seen a lot of people make mistakes in this industry by focusing on, “I’m a writer for this, I’m a writer for that” instead of breaking out and just doing the most interesting work possible. Think omni-channel from the beginning – you’re a content creator, not just a print journalist or a TV journalist.

And even if you’re a journalist, think like a marketer. The journalists who are thriving are ones that know their reader / viewer / consumer and understand how to reach them and what channels they’re on. The days of writing and creating videos and not understanding your consumer is over.

Michael Lazerow is a serial entrepreneur who has co-founded four successful internet-based media companies. He is best-known as the founder, CEO and chairman of Buddy Media, Inc., a New York City-based company that develops and markets applications on the leading social media networks. It was purchased by Salesforce.com for $800 million in 2012. Currently, Michael is an investor for Lazerow Ventures, a fund for his personal tech investments. These have included Buzzfeed, Domo, Namely, Scopely and about 50 others.

Before Buddy Media, Michael founded GolfServ, the parent company of GOLF.com, which was purchased by Time Warner’s Time Inc. division in January 2006 for $24 million. He led GolfServ from a start-up to a multi-million-dollar profitable golf media company. The company delivers golf content and ecommerce services to millions of golfers through its flagship GOLF.com site.

His byline has appeared in more than a dozen newspapers, including Roll Call, the newspaper of Capitol Hill; the Fort Lauderdale Sun-Sentinel; the Miami Herald; the Delaware State-News; The Capital Times in Madison, Wis.; and the Montgomery Journal.

Michael was on staff at The Daily Northwestern during his freshman year. While at NU, he created University Wire (U-Wire), a network of college papers that was sold to CBS.

Michael is a member of the Medill Board of Advisers. He often makes time to meet and speak with Medill students in NYC, particularly those in the Media Innovation and Content Strategy specialization.