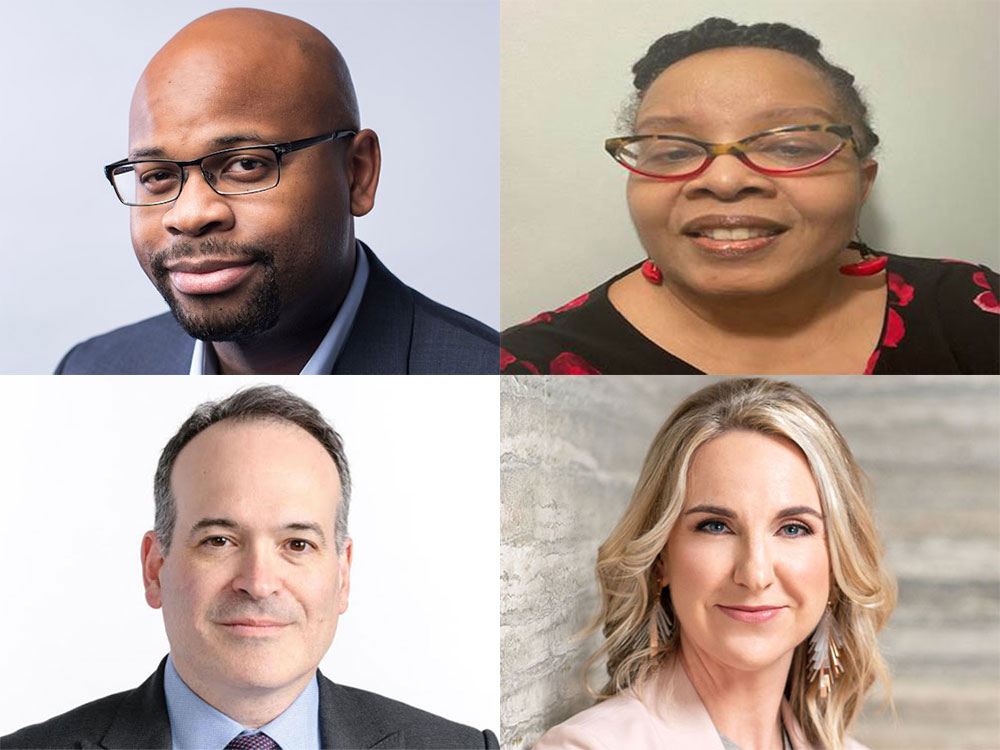 “Our board members are a tremendous resource for the school and its leadership,” said Medill Dean Charles Whitaker. “I look forward to working with these new members in the years ahead and to the contributions they will make to Medill.”

New Board of Advisers members include:

Bradley Akubuiro (BSJ11) is the chief spokesperson and senior director of global media relations for The Boeing Company, the largest aerospace manufacturer in the world. In this role, he is responsible for leading Boeing’s team of company spokespeople enterprise wide in their efforts to advance and protect the company’s interests around the globe. Akubuiro has provided leadership and counsel through the company’s response to COVID-19, the national conversation around race and several news making challenges and milestones in its effort to return the grounded 737 MAX to commercial service.

Prior to joining Boeing, Akubuiro served as director of corporate communications and public affairs for United Technologies Corporation (UTC) where he led the global corporate media relations and public affairs functions for the $77B Fortune 50 company. In an earlier role, he was deputy communications leader for the global military jet engines business at Pratt & Whitney, a unit of United Technologies.

Marcia Davis is the supervising editor of race and identity at National Public Radio. She joined NPR in June 2020. A native of St. Louis, she spent more than 20 years as an editor and writer at The Washington Post.

At The Washington Post, Davis edited for Metro, Style, National and The Washington Post magazine. On the National Desk, she led coverage of the federal government, including breaking stories on mismanagement at the General Services Administration and stories on the U.S. Department of Veterans Affairs. She edited several columns, including the Federal Eye, In the Loop and the Federal Diary.

She also helped to lead the coverage of the fatal shooting of Michael Brown in St. Louis. That death was a significant point in the history of the Black Lives Matter Movement.
As the District of Columbia political editor, she supervised reporters who covered Mayor Adrian Fenty. And while editing for Style, she helped lead the award-winning series “Being a Black Man.”

Davis attended Medill in the 1980s before finishing her degree at Roosevelt University.

Matt Murray (BSJ87, MSJ88) is editor in chief of The Wall Street Journal and Dow Jones Newswires, responsible for all global newsgathering and editorial operations.

Murray previously served as executive editor since 2017, and had been deputy editor in chief since 2013. He joined Dow Jones & Company in 1994 as a reporter for the Pittsburgh bureau.

He is the author of “The Father and the Son” and collaborated on memoirs by former New York City fire commissioner Thomas Von Essen.

Emily Ramshaw (BSJ03), is co-founder and CEO of The 19th, a nonprofit, nonpartisan newsroom reporting at the intersection of gender, politics and policy. Most recently, Ramshaw was the editor-in-chief of The Texas Tribune, a Peabody Award-winning, 10-year-old news startup that boasts the largest statehouse bureau in the nation, powers the pages of newspapers across Texas and the nation, and is considered the gold standard for sustainability in local news. She is also the youngest person ever to be named to the board of the Pulitzer Prize, where she is serving a nine-year term.

Before helping to found the Texas Tribune a decade ago, Ramshaw was an award-winning investigative reporter at The Dallas Morning News, where she broke national stories about sexual abuse inside Texas’ youth lock-ups, reported from inside a West Texas polygamist compound and uncovered “fight clubs” at state institutions for people with disabilities.