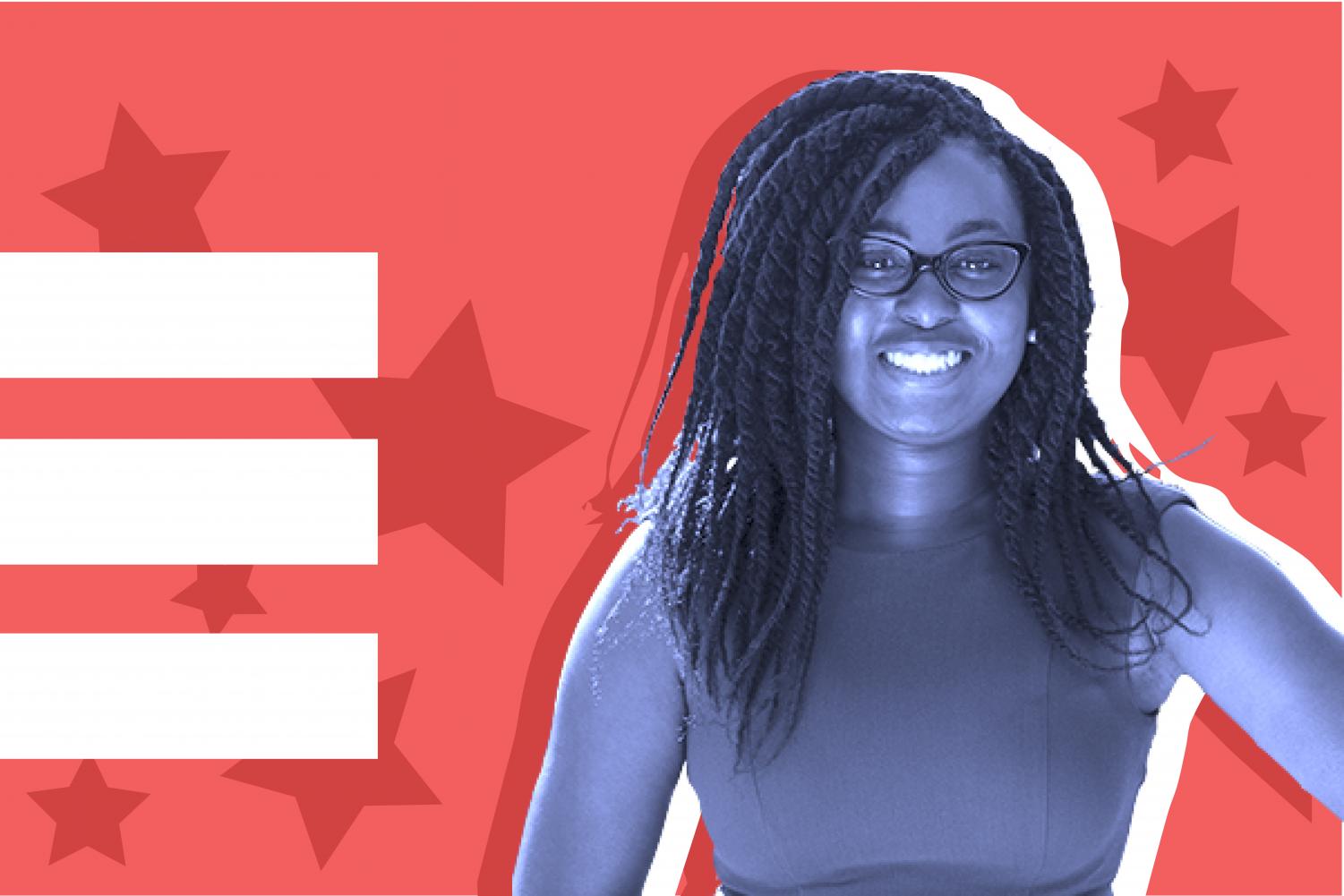 After she graduated from Northwestern, Humphrey worked as a production assistant at the Democratic National Committee, where she contributed to the DNC online fundraising efforts for the midterm elections. In 2016, she joined then-Democratic presidential nominee Hillary Clinton’s campaign as digital director for North Carolina.

Humphrey went on to oversee the DNC’s ads program for the 2018 election cycle and worked for Bully Pulpit Interactive, a political ad agency in Washington, D.C., before becoming the DNC’s primary online director. In June, she landed her current position as deputy digital director, a job she describes as “reactive.”

“I would say throughout days, they don’t really look the same, so you are basically dealing with whatever is happening in the world at the time,” Humphrey said. “What I have envisioned my role to be is kind of just doing what I call blocking and tackling, so the folks on my team have the space to run effective programming.”

Leading up to the 2020 election, Humphrey focused on making sure there is enough money to run the Biden campaign’s ads. She also negotiates for resources that her team may need and organizes emails from significant signers, such as former President Barack Obama. She said the campaign has raised a large amount of money in the last few months, allowing for more TV ads and campaign efforts in battleground states.

Although working amid the uncertainties of a global pandemic has been difficult, Humphrey says one of the most rewarding parts of her job is grassroots fundraising.

“This campaign is primarily funded by people who are giving us donations of $200 or less, and that is the program that I oversee,” she said. “Just being in a position where literally millions of people are giving their hard-earned dollars to own a part of this campaign, and power the work that needs to be done. That, to me, is what makes this work really fulfilling.”

Lauren Williams, Humphrey’s friend and former colleague at the DNC, said Humphrey’s ability to build a strong fundraising team while maintaining good relationships is an “underrated skill,” and that she has a unique way of connecting with both supporters and people she works with.

“She takes her work incredibly seriously, but does not take herself too seriously,” Williams said. “All while coming across not as a very stuffy spokesperson, but she comes across as a real person with a bright personality and a sense of humor.”

“She, I think, really believes strongly in treating supporters like human beings and not ATM machines,” Cole said. “So, having watched her step into this role and run this program at this scale, as a Black woman to do it, too… I don’t think anyone has ever done what she’s done.”

Although Humphrey is what Cole describes as “the best in the industry,” she did not always plan to work in politics. She said she had envisioned herself as a magazine writer and only considered campaign work once graduation was approaching and it came time for her to apply for jobs.

However, Medill Dean Charles Whitaker, who taught Humphrey and worked with her in NU’s chapter of the National Association of Black Journalists, said her career path did not come as a surprise to him.

“She was always a really strong leader, someone who… I could tell was going to go into politics because she was good at assembling people and rallying them around a cause,” Whitaker said. “(Her position) is a great intersection of things she is good at and is passionate about.”

Humphrey said that her work has allowed her to learn a lot about herself and that she enjoys working in the political space. But she said she hopes to diversify the space going forward, as it still may be difficult for those without money or connections to become involved.

“That affects the work that we’re able to produce,” she said. “We are talking to so many different and diverse groups of people, and the people doing that work should reflect the basic folks that we are trying to talk to, and so one thing that I have learned about myself is that I’m very passionate about getting the space to a place where that actually is true.”

Published Nov. 2, 2020 in the Daily Northwestern