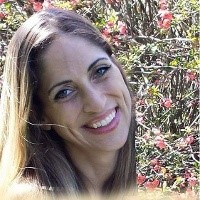 Mary Suzanne Costello Vandergrift, a television news reporter and journalist, died July 26, 2019. She was 42. One of seven children, she was born in Wisconsin Jan. 27, 1977 to Patrick and Susan Costello.

A stellar student, Vandergrift graduated high school in 1995. She earned her bachelor’s degree from Medill in 1999. Peers remembered her as a natural storyteller and as an apt television reporter.  She was an on-air reporter for local news stations in several states including Indiana, West Virginia, Ohio, and Minneapolis. She was most proud of her field reporting during severe weather and her investigative work.

Friends and family remember her humor and her willingness to reach out to others in the face of adversity.

She is survived by her husband, Nathan Vandergrift, and his family; her daughter, Olivia; her mother, Susan; her siblings: William, Joseph, Stephanie, Elizabeth, Isaac, and Scott; her eight nieces and nephews, as well as aunts, an uncle, and cousins.