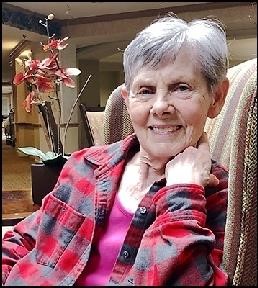 Margaret “Midge” Carol McGilvray, a public schoolteacher and principal, died January 29, 2019, in Annapolis, Maryland. She was 80.

McGilvray, according to the Spokesman-Review, was born into a blue-collar family, where she developed a strong work ethic. A fast learner and high achiever, she studied journalism at Medill on a full scholarship.

After college she began working in the public education system in Oakland, California. In 1979 she, her husband Donald, and her two sons Douglas and Ross, moved to Spokane, Wash., where McGilvray earned a master’s in education from Whitworth, became an elementary school principal, and was known to seek out more challenging positions at schools with disadvantaged students, according to the Spokesman-Review.

She is remembered for her determination to achieve excellence for herself and for all whom she knew. The Spokesman Review said that McGilvray was kind, loving and truly concerned about the welfare of others, adding that her spirit and drive were inextinguishable, and would be sorely missed by those who knew her.

She is survived by her brother Robert McAllen, her sons, their wives, and a multitude of granddaughters and great grandchildren.