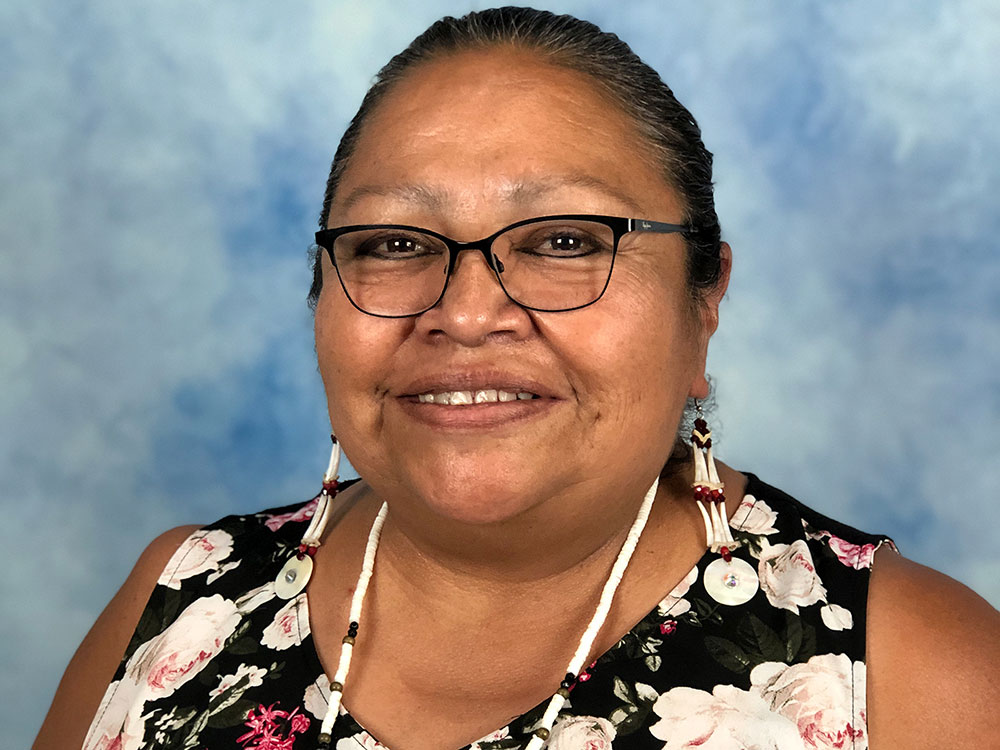 The award honors an individual who has made a lasting effect on media to the benefit of Indigenous communities. It is given jointly by NAJA and Medill to celebrate responsible storytelling and journalism in Indian Country. The annual award also includes a $5,000 cash prize and an invitation to speak with Medill faculty and students to further advance the representation of Indigenous journalists.

“I am proud to continue our collaboration with NAJA in recognizing journalistic contributions of Native Americans,” said Medill Dean Charles Whitaker. “Lori is doing the important work of elevating stories of Indigenous communities, which need to be included in mainstream media.”

Edmo’s nomination was reviewed and selected by the NAJA Major Awards Selection Committee. She was selected based on the award criteria, which includes her body of journalistic work, her contributions to society, recognition from peers and the community, contributions to the advancement of Native Americans in the field of journalism, and commitment to NAJA and its values.

“Lori is an award-winning journalist who has been fearless in her reporting of tribal issues,” said Patty Loew, Medill professor and director of the Center for Native American and Indigenous Research at Northwestern. “In 2003, Lori was fired for reporting on tribal council issues leading to the removal of the chairwoman and the controversy surrounding it, which showed that she doesn’t back down from threatening situations, even in her own tribal community. Her coverage and integrity are legendary.”

Edmo has worked as the Sho-Ban News editor for more than 25 years and is a graduate of the University of Montana, where she earned a Bachelor of Arts in journalism. She is a former NAJA president and served 10 years on the board of directors.

Edmo was a journalist in residence at the University of Idaho School of Communication (now known as School of Journalism and Mass Media) under a grant from the Freedom Forum. While there, she worked on a Native journalism project titled “Idaho Natives” that upper-level journalism students published.

She has also worked as copy editor for the Idaho State Journal, publications manager at the UCLA American Indian Studies Center and communications coordinator at The Museum at Warm Springs in Oregon.

“It’s an honor to receive this recognition for my work,” said Edmo. “I became a storyteller because it’s instilled in my tribal culture. I have been fortunate to spend my life learning about tribal history, my family history and culture, along with learning the Bannock language that is endangered. It’s important to tell the stories of our Nanewe (tribal people).”

Because of the interest in tribal history, in 2008 and again in 2018, the Sho-Ban News did special publications on the 140th and 150th anniversary of the Fort Bridger Treaty that both the Shoshone-Bannock Tribes and Eastern Shoshone in Wyoming share. The publications featured interviews on the significance of the treaty and areas of importance to each tribe.

The Sho-Ban News has published a color magazine during the annual Shoshone-Bannock Festival every year that features stories about tribal elders, artists and related events.

Edmo also helps with tribal cultural events, specifically the Annual Return of the Boise Valley People that is conducted to help educate the public about the original people of the valley and tribal ancestors.

Edmo’s contributions to Native American journalism will be highlighted during a virtual award ceremony hosted by Medill at a date to be determined.