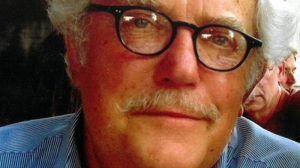 John Thomas Lucadamo, a Chicago reporter turned high school teacher, died April 14, 2019. Born Feb. 8, 1946, in Rahway, N.J., he was 73. Lucadamo first earned a bachelor’s degree from Alfred University in western New York in 1968 and then a master’s degree in journalism from Medill in 1970.

Lucadamo reported and edited in Chicago for almost 20 years before changing course and becoming an English and journalism teacher at New Trier High School in Winnetka, according to the Chicago Tribune. Before coming to Chicago, he worked as a reporter and as a copy editor at the Louisville Courier-Journal in Kentucky from 1970 until 1976, and then joined the Chicago Sun-Times in 1976 as a copy editor.

After nine years at the Sun-Times, Lucadamo became a copy editor for the Chicago Tribune in 1985 and then shifted to working as a metro reporter, covering suburban news for the Tribune. Just 3 years after arriving at the Tribune, Lucadamo covered the well-publicized discovery of a Chicago Outfit burial ground in southeastern DuPage County, wrote the Tribune.

His interest in education led Lucadamo to eventually leave the Tribune in order to explore a career as a schoolteacher. He took classes at Loyola University to earn a state teaching certificate and in 1996 took a job as an English and journalism teacher at New Trier.

Lucadamo also was the faculty sponsor for the New Trier News student newspaper, and he often worked late into the night to help students meet their deadlines and produce compelling journalism that would pique the interest of the student body.

After retiring from New Trier in 2011, Lucadamo taught classics like William Shakespeare and Charles Dickens at Northwestern’s Osher Lifelong Learning Institute, where he organized classes in his free time.

Lucadamo is survived by his wife, and his children Kirk and Eleanor.