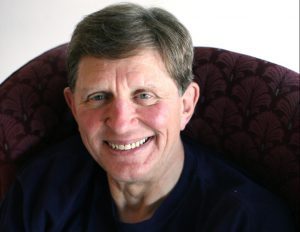 Rucklick played for the Wildcats from 1956-59 and was an All-American as a senior. The 6-foot-10 center said he was better known as a “walking footnote.”

He was proud to have taken part in one of the NBA’s most iconic moments — assisting on Hall of Famer Wilt Chamberlain’s 99th and 100th points in a record-setting game for the Philadelphia Warriors on March 2, 1962, against the New York Knicks.

“I was wide open,” Ruklick recalled in a 2016 interview with the Chicago Tribune. “I’m looking at the New York players who will not yield. I don’t know what I thought, but I knew I had to get the ball to Wilt. There were 46 seconds to go, and there’s a guy hanging on his left hip. He went, ‘Woo!’ and that meant he was open briefly. There were his hands, and I got the ball to him. And he scored.”

Ruklick said he patiently waited by the scorer’s table to make sure his assist was properly recorded.

Ruklick, a Princeton, Illinois, native, averaged 19.9 points and 13.2 rebounds in three seasons at Northwestern — including 23 and 13 in 1958-59. The Warriors selected Ruklick in the second round (ninth overall) of the 1959 draft, and he played sparingly in three seasons. He said the pay was lousy and he morally objected to team owners wanting to keep him on the roster to appease fans who didn’t want too many Black players at the time.

“Many of them didn’t think there would be more than a handful of Black players every year,” he told the Tribune. “They thought: ‘Chamberlain is a freak. We’ll never see another Bill Russell.’ That’s how dumb we were back then. People were ugly sometimes. But it was as common as the morning sunshine.”

Chamberlain and Ruklick, who had played against each other in college when Chamberlain was at Kansas, remained friends until Chamberlain’s death in 1999.

After his NBA career, Ruklick became an investment banker and a father of three. He earned a master’s degree in journalism from Northwestern at 50, later working at newspapers such as the Chicago Defender. Ruklick lived in Evanston and often attended Northwestern games as a reporter for the Aurora Voice.