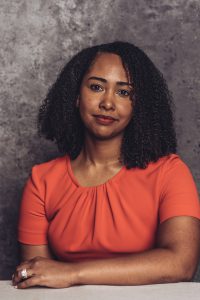 Gillian B. White, a Managing Editor of The Atlantic, will join The Philadelphia Inquirer’s Board of Directors, Inquirer Publisher and CEO Elizabeth H. Hughes announced Tuesday. White will join The Inquirer Board effective immediately.

White started at The Atlantic in 2014, where she served in various roles including reporter, senior associate editor, senior editor, and deputy editor. As a current Managing Editor, White leads the Special Projects division, which pursues the publication’s most ambitious journalism across a range of platforms, including print, digital, audio, live events, and product. The Special Projects division also works across the company to identify opportunities to maximize financial support for The Atlantic’s journalism and to grow the publication’s audience and reach.

Prior to joining The Atlantic, White was an editor at the personal finance magazine Kiplinger and an analyst in the financial sector. White’s work has also appeared in publications such as The New York Times, Bloomberg, and MarketWatch.

“We are thrilled to welcome Gillian to The Philadelphia Inquirer Board of Directors. Among her many skills as a journalist, she understands the importance of reaching expanded audiences with news in ways they want it —  on their phones and through live experiences, for example,” said Josh Kopelman, Chairman of The Inquirer’s Board of Directors.

“The Inquirer was one of my daily sources of news growing up, and it helped inspire me to pursue a career in journalism. That is why I am particularly proud to join the board of one of the most important news organizations in a city I love,” White said.

White holds a BA in economics and political science from Columbia University and a Medill MSJ.