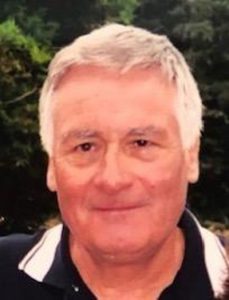 He received his bachelor’s and master’s degrees in journalism from Medill where he met his first wife, Sharon Gould. They married and had two children. Horine served in Okinawa, Japan as a writer for the Stars and Stripes military newspaper, taught journalism at Lehigh University and California State University in Los Angeles, and worked as a city editor for the LA Times.

He was also an associate editor for the National Enquirer and later, the Palm Beach Evening Times. He last worked at the Palm Beach Post, where he was on the editorial board. He wrote once again on high school education in a bi-weekly column there until retiring in 1999.

Late in life, Horine embraced his Scottish birthright: bagpipes, despite having no prior musical experience. After being selected for Palm Beach Pipes and Drums, one of south Florida’s premier pipe bands, he met his wife of 19 years, Darlene J. Holliston, a drummer. They married in 2000.

Horine is survived by his wife, his children and stepchild, seven siblings, and seven grandchildren.