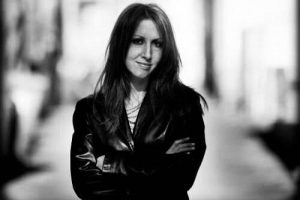 Betsy Rothstein, columnist for the Daily Caller, passed away after a long battle with cancer.  Her friend, Olivia Nuzzi, said this about Rothstein in an article posted after her death in “The Intelligencer.”

“I don’t know what I expected Betsy Rothstein to look like, but I guess I wasn’t expecting a woman who made her living filleting media personalities and nurturing feuds to be so tiny in stature. When she approached me on the grass outside the Capitol building and introduced herself, I almost burst out laughing. She was delicate — almost birdlike — with a sweet, girlish voice. I can’t remember what exactly we were both doing there. It was some kind of rally, and we were surrounded by protesters and people dressed up like soldiers in the Revolutionary War. This was 2014, what would turn out to be the last semi-normal year in American politics. I’d only been a part of the Washington press corps for a few months, but already I knew about Betsy, having learned about her, as many young journalists did, when she wrote about me in her gossip column. I knew she was regarded with a mixture of fear and contempt. I also knew that my colleagues read her, scanned her copy for their boldfaced names. I did the same.

Betsy was a professional thorn in the side of Washington media figures, whom she covered at The Hill, and then Fishbowl DC, and then the Daily Caller. Nora Ephron once said that when she watched TV news, she did so wondering if what she was seeing was actually a romantic comedy. Betsy watched the political media as if it were a sitcom. She was always looking for characters, preferably ones that amused her. She thought we were all silly. She was chronically wrong on the minor details, but on this larger point she was always correct.

Betsy had confronted the idea that she might not live, and she had chosen to try very hard, to suffer, to continue to be a part of this world. She wanted to live more than those of us who do not have to consciously register our will to live each day. She was taken out unwillingly. She did not “lose a fight” or “lose a battle.” We did. Those of us who loved her, robbed of her spirit and originality. Robbed of her delightful strangeness. And those who feared or loathed her, spared of her bite, unaware that they have lost something vital too.”