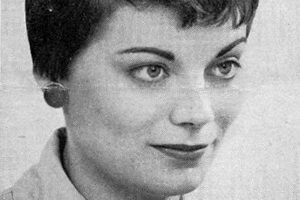 Barbara Louise Norby of Bainbridge Island, Wash., died Feb. 28, 2019. She worked in public relations and marketing, practiced yoga, studied Sanskrit, raised a family, and traveled the world. She was 85.

Norby was born in Rowayten, Conn. in 1933 but spent her childhood in many places, including Virginia, where she and her friends would often race up the stairs of the Washington Monument.

Norby, who was valedictorian of her high school class, went on to major in journalism at Medill on a full scholarship, where she met Richard Palmer Hollis (BSJ55). The couple dated exclusively, and after graduating in 1955, they married. Norby worked in New York City as a public relations specialist, until the birth of her three sons: Charles Palmer, James Richard and John William. In 1966 the family moved to Los Altos, Calif.

As her children grew, she returned to the workforce. Rapidly she climbed the ladder, rising to manage entire marketing departments for high-tech and biomedical firms.

Norby is remembered for her curiosity and wide range of interests, including yoga. She became the founder and president of the Yoga Society of America and learned Sanskrit. She explored self-hypnosis, studied nutrition and traveled widely.

She and her husband retired in 1995 and moved to Bainbridge Island, where they remained active in the local church community. After finding a deep passion for the Eastern healing art of Reiki, Norby founded one of the first Christian Reiki groups.

Norby is survived her husband by nine years and her grandchildren.