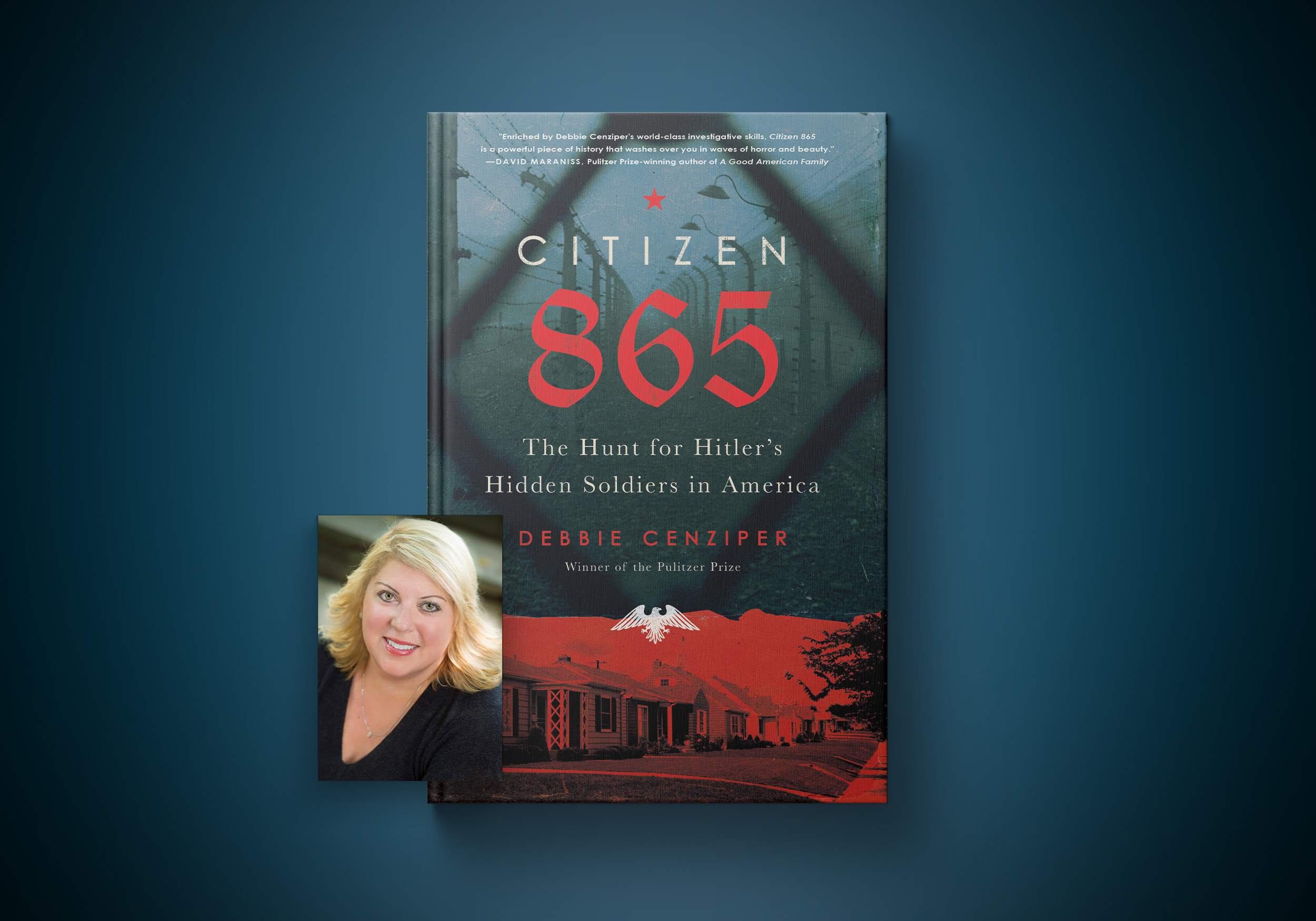 In her book, Cenziper breaks open the story surrounding one of the deadliest and most secret Nazi killing operations of World War II— a “school for mass murder” run in the small Polish town of Trawniki. The SS recruited and trained thousands of men from across Eastern Europe, creating a ruthless army of soldiers that ultimately carried out the systematic murder of nearly two million Jews in fewer than 20 months.

But after the end of the war and the fall of the Third Reich, some of the so-called “Trawniki Men” obtained documentation to move to America and vanished, some taking their families with them. Decades later in Prague, American historians unearthed new evidence of the Trawniki men, triggering a fervent search on U.S. soil and a long-awaited battle for justice.

“Citizen 865” is a “triumph of reporting and storytelling,” but it doesn’t feel dark, despite its subject matter, said bestselling author and Medill alum Alex Kotlowitz at a Medill book talk with Cenziper held January 30 at Medill.

“It’s a book that reads like a detective novel,” Kotlowitz said.

But “Citizen 865” is also a love story— it weaves in the tale of Feliks and Lucyna, two Jewish orphans who escaped the Trawniki Men and certain death at every turn. The couple later moved to America and raised a family, unaware that they were sharing a country with some of the men who had once pursued them and killed their families.

Cenziper said that idea for the book came in late 2016, at a cocktail party outside Washington, D.C. where she talked to a lawyer with the Department of Justice about a lesser-known, “tiny” unit responsible for tracking down Nazis after the war, and was hooked.

“I was really interested in knowing the people inside the Justice Department who spent their entire lives trying to track these people down,” Cenziper said.

Cenziper soon after talked to Elizabeth White, one of the historians who discovered the Nazi roster of Trawniki men in Prague in the 1990s.

“When she told me that story I knew it was a book,” Cenziper said. “Because I loved that image of historians finding those records in a dusty basement in Prague. I was fascinated by that idea.”

She retraced the steps of Elizabeth White and her colleagues by visiting the Nazi archives in Prague. She also met Feliks and Lucyna’s children and grandchildren, who shared tapes recorded by the couple to preserve a record of their story.

Through “Citizen 865,” Cenziper was able to bring “a sense of hope and light” to an “incredibly dark period” of history, said Kotlowitz.

Cenziper acknowledged that the reporting– researching people whose lives were tragically impacted, and listening to interviews with mass murderers, who were dispassionate and clinical about their crimes– was often dark and difficult.

However, chronicling the efforts of so many historians, investigators and prosecutors to seek justice brought a sense of hope.

“I was so moved by the people in this book, especially the historians,” Cenziper said. “They were able to find this unexplored sliver of history and expand the record.”